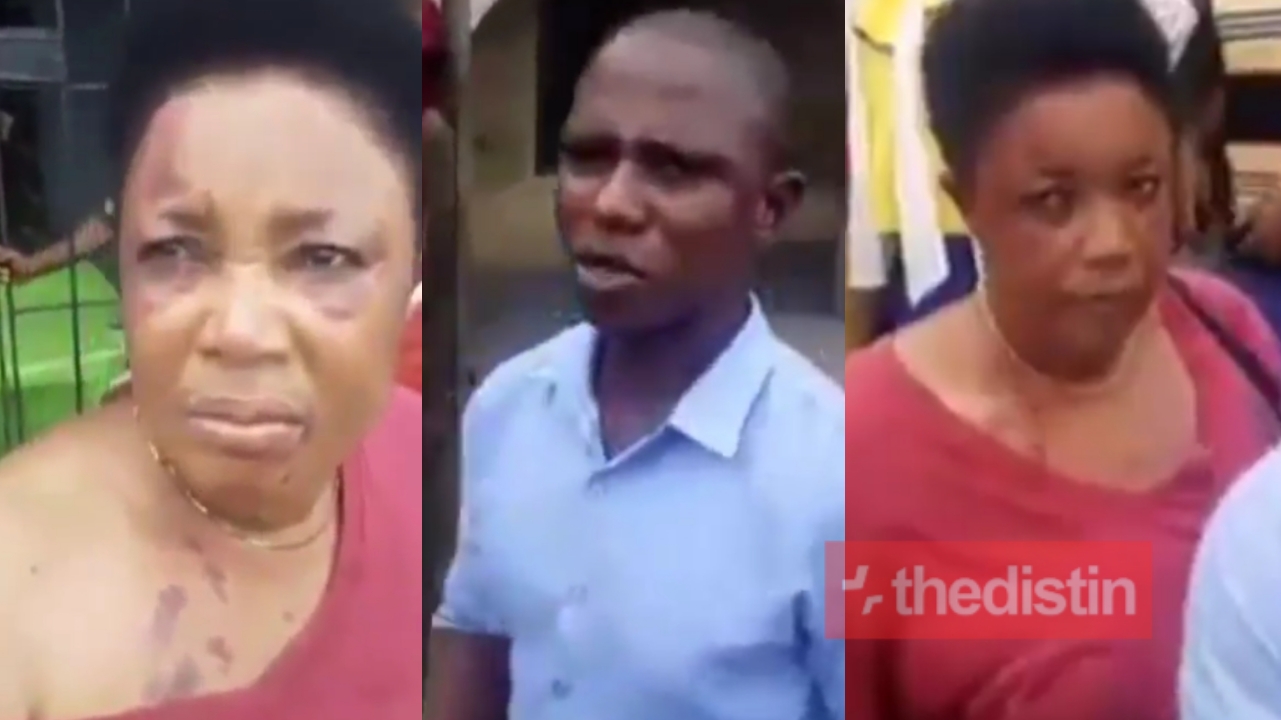 Interesting incidents are happening in this world. A woman has been beaten mercilessly after she stole the man’s penis.

In the video sighted by thedistin.com, the woman who is wearing a red top and black down is seen with bruises on her face.

Asked why he stole the man’s penis, the woman said that she begged the man for money and after he gave her the money, his penis vanished.

Well, on-lookers who were close beat the woman and told her to return the man’s penis.