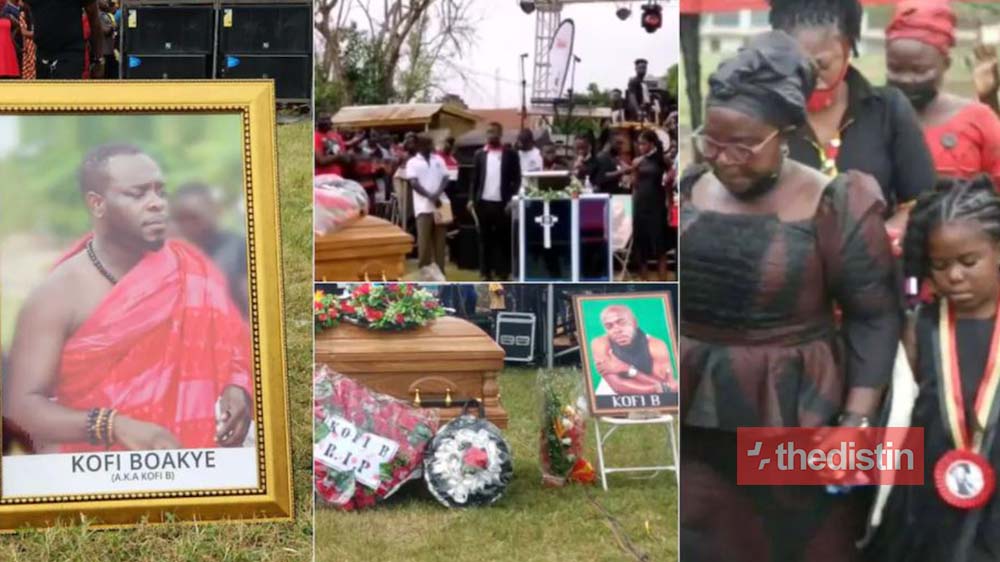 The late Ghanaian highlife singer, Eric Kofi Boakye Yiadom who was better known as Kofi B was buried on 7th November and alleged issues are popping up due to MUSIGA contribution at the funeral

Families, friends, and loved ones came together and made his burial successful which was held at his home town at Agogo in the Ashanti Region.

Since he was a musician, some dignitaries were donated to the family from MUSIGA and GHAMRO, they gave monies to the family members.

According to GHGossip.com, It has been reported to them that the Musicians Union of Ghana (MUSIGA) gave the family only Ghc4,000 after many years of joining the body although this piece of information has not been confirmed yet.

It added that the late musician didn’t pay his dues after joining the body as a member, and royalties of Ghc 4000 was given to the musician.