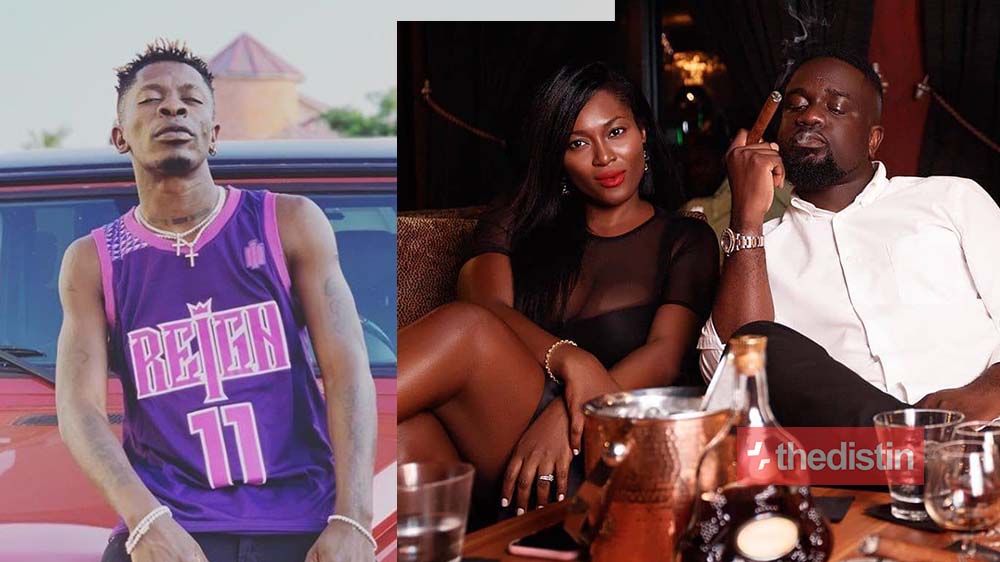 Award-winning artist Michael Owusu Addo, popularly known as Sarkodie has caused a huge stir on social media after releasing a new photo of him smoking a cigar in front of his wife

Sarkodie is noted for releasing inspirational content on social media but not this time around as he switches things a little for his fans.

However, in this photo seen by thedistin.com online, the rapper is captured in the company of his wife.

From the photo, he is seen holding a cigarette smoking in the face of his wife. The photo has caused a huge stir on social media as fans can’t stop talking.