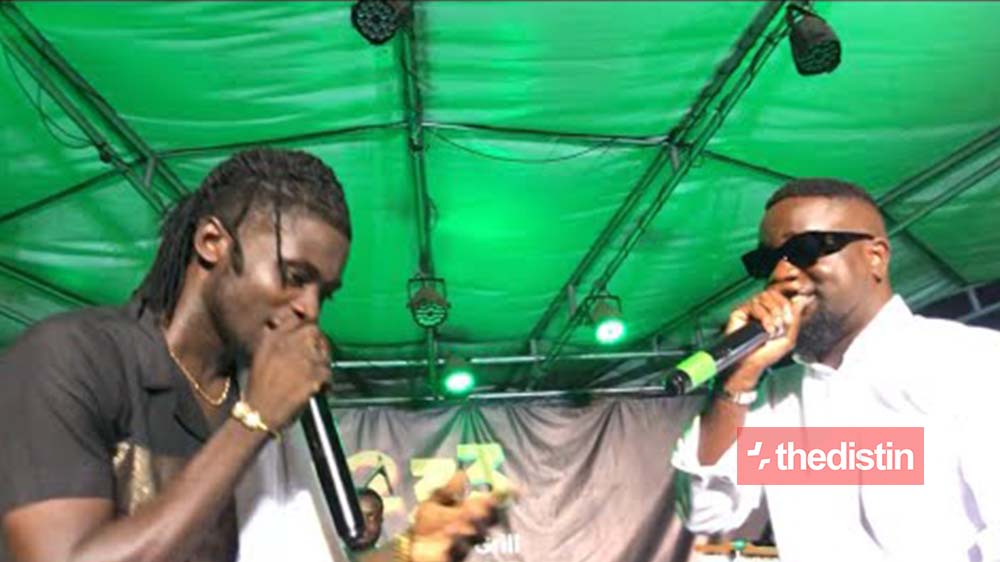 Earlier, we reported on Kuami Eugene expressing how he feels about Sarkodie endorsing a political party because he had no idea it was a song to praise a party.

According to Kuami Eugene, he was very “uncomfortable” after hearing the full song and he revealed this during an interview with MzGee of TV3. Click here to read the full story and watch the video

Meanwhile, it seems the two are now okay and Eugene is finally comfortable as he performs with Sarkodie on stage as fans hail them while they sing along.