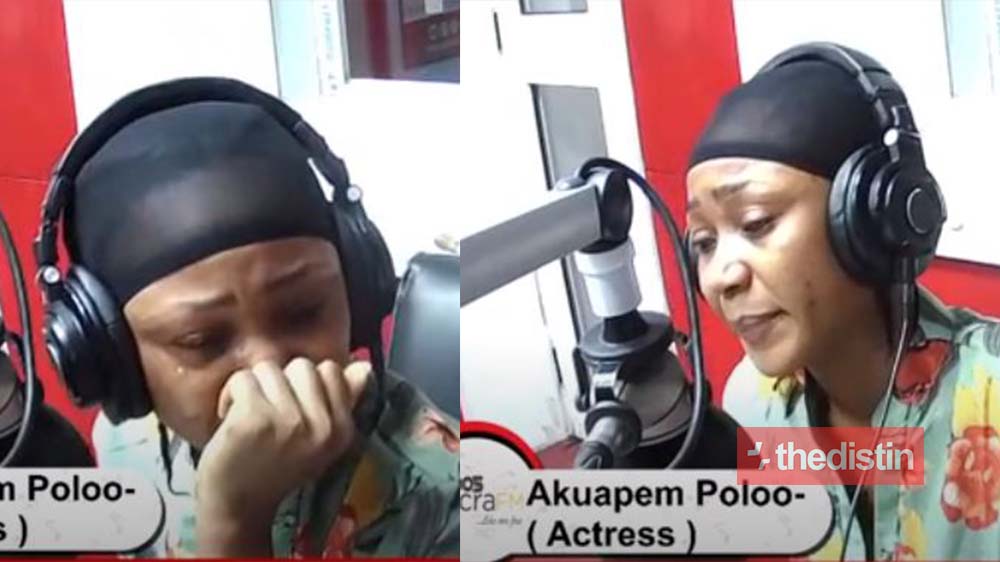 Actress and entrepreneur Rosemond Brown is popularly known as Akuapem Poloo cries on live radio Accra FM after the court granted her a bail of GHC100,000 over naked pictures she shared with her son on his 7th birthday

Earlier we reported that, Akuapem Poloo was arraigned before an Accra Circuit Court on Tuesday, November 9, 2020, over the matter.

It will be recalled that Poloo’s son, Chief, turned seven years old on June 30, 2020. In celebration, Poloo shared a photo of herself naked in front of her son while her son was facing his mother only his pant.

Appearing in court, Poloo was charged with the publication of obscene material and two counts of engaging in domestic violence.

She pleaded not guilty and the court presided over by Mrs. Christiana Cann granted her bail in the sum of GHC100,000 with four sureties. Two of the sureties are to be justified with landed property worth GHC100,000. This was after her lawyer, Philip Kofi Bekoe, pleaded with the court to admit her to bail.

The court also titles deed to the property of the surety should be deposited at the court’s Registry pending the outcome of the matter and adjourned the case to Monday, November 23, 2020.

Chief Inspector Agartha Asantewaa is the case prosecutor who narrated the case disclosed that complainant petitioned the Director-General of the Criminal Investigations Department (CID) after the viral photo.

The case was referred to the Domestic Violence and Victims Support Unit (DOVVSU) leading to Poloo’s arrest.