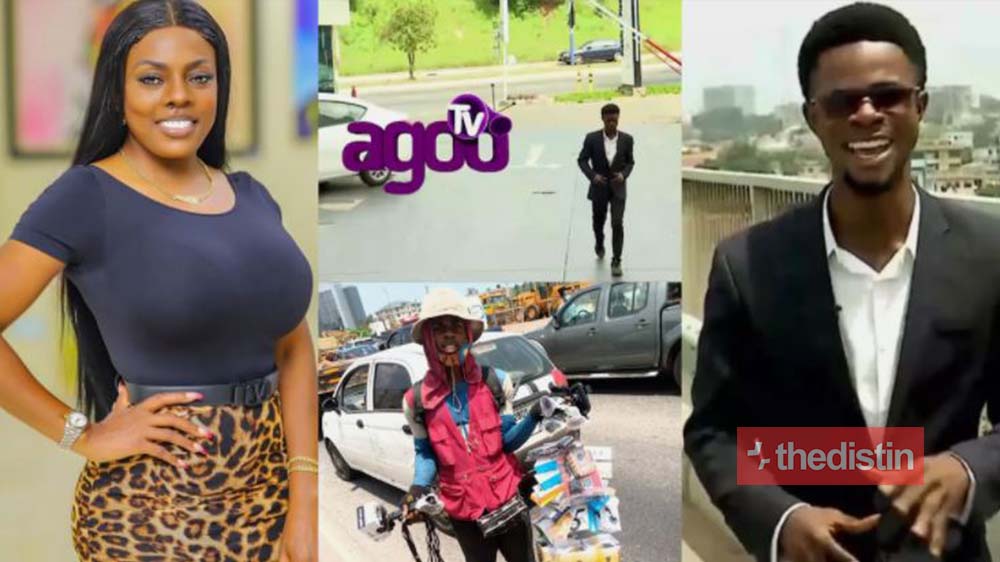 If you can recall, just a few weeks ago, Nana Aba Anamoah shared a video of her meeting two young men who were hawking on the streets, and they made her laugh due to how excited they were when they saw her in her car.

Now one of the young guys who has been identified as 2kay Teldem A.K.A Eb3torda revealed while talking to her that. he wished to become a journalist but had to put his dreams on hold because of financial difficulties but she asked him to come to her office.

A few weeks after they met her in her office where she promised to help him become who he wishes to be in life, Nana Aba has fulfilled her promise and got 2kay Teldem trained and on his way to becoming a TV presenter.

She further secured the young man a job as a presenter of Ahosepe Mmere, a new show on Agoo TV, one of the stations under EIB Network which owns GHOne TV.

Catch him soon on AGOO TV.