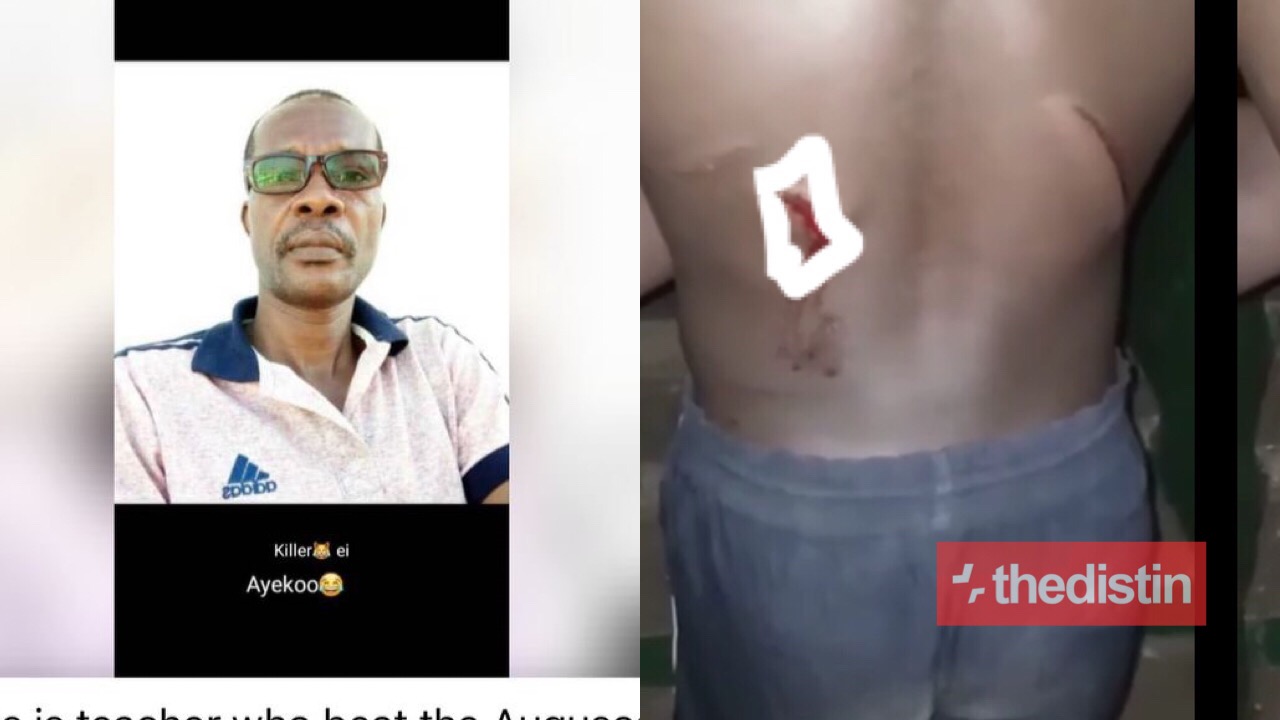 A picture of Mr. Nathaniel Kwakye, a teacher at St. Augustine’s College (Augusco) popularly called by many as Natty who allegedly lashed a student for using a mobile phone while in school leaving him with wounds at his back pops up.

Thedistin.com has earlier reported of a teacher at ST. Augustine’s College (Augusco) identified as Mr. Nathaniel Kwakye who reported to have beaten a student without mercy for using a mobile phone while in school.

Read Also: Delay Finally Apologises To Obrafour After He Sued Her And Ayisha Modi For GHC800,000 For Defaming Him | Video

In our previous story, from the video sighted by Thedistin.com on social media, a teacher at popular secondary school in Ghana, ST. Augustine’s College allegedly lashed a student mercilessly ─ leaving him with wounds at his back over the usage of a mobile phone.

In the video, the student is seen with huge marks of multiple strokes of canes at his back and colleague students of the boy beaten could be heard in the background suggesting that the teacher should have been considerate because he was someone’s child, click here to watch the disturbing video.

The teacher has been clearly popped up in a new picture. A little information gathered by the teacher has it that he is popularly called Natty and he beat up the student on Wednesday, November 11th.

See a clearer photo of the teacher below: