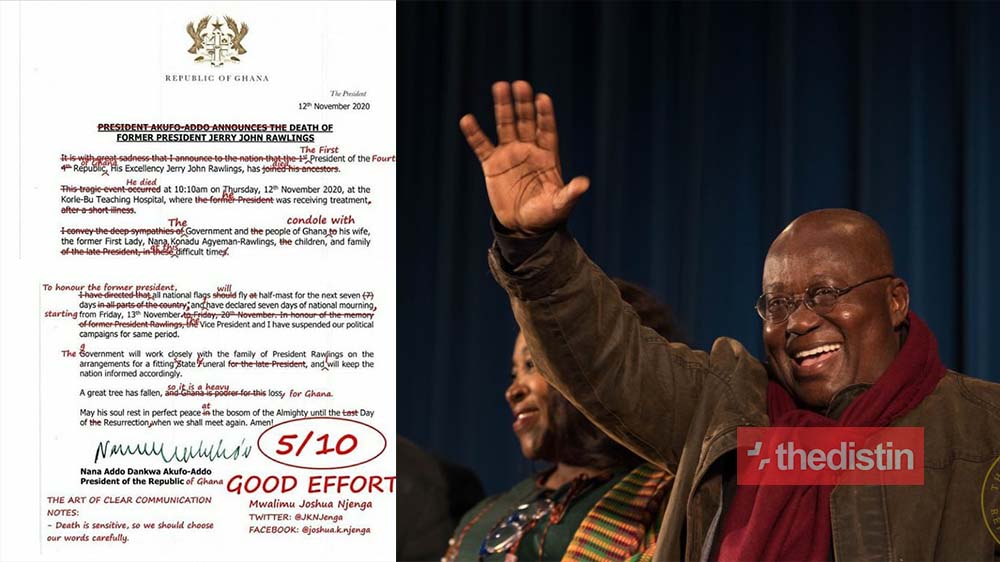 Read Also: “Gyimie B3n ni” – KiDi Blast Ghanaians After They Reacted To Him Cropping Kuami Eugene From A Photo With JJ Rawlings

Earlier thedistin.com wrote a report on a press statement released by the sitting president of Ghana announcing and highlighting a few things the government has decided to do to show maximum love and respect to the late president and his family following his death.

According to the statement released Nana Addo has directed that all national flags should fly at half-mast for the next seven (7) days in all parts of the country, and have declared seven days of national mourning from Friday, 13th November to Friday, 20th November.

Nana Addo extended his condolences to the family of the late president and also charged that the Flag of the Republic of Ghana should be raised for Seven days to mourn him.

In the statement, the president ordered the closure of all political campaigns within the period as plans underway for the decision on his burial. Click here to read the full statement

Meanwhile, Joshua seems to have a little problem with the press statement as he marks it and highlights what should have and shouldn’t have been written in it.

He added that, death is a very sensitive issue and must be addressed as such.