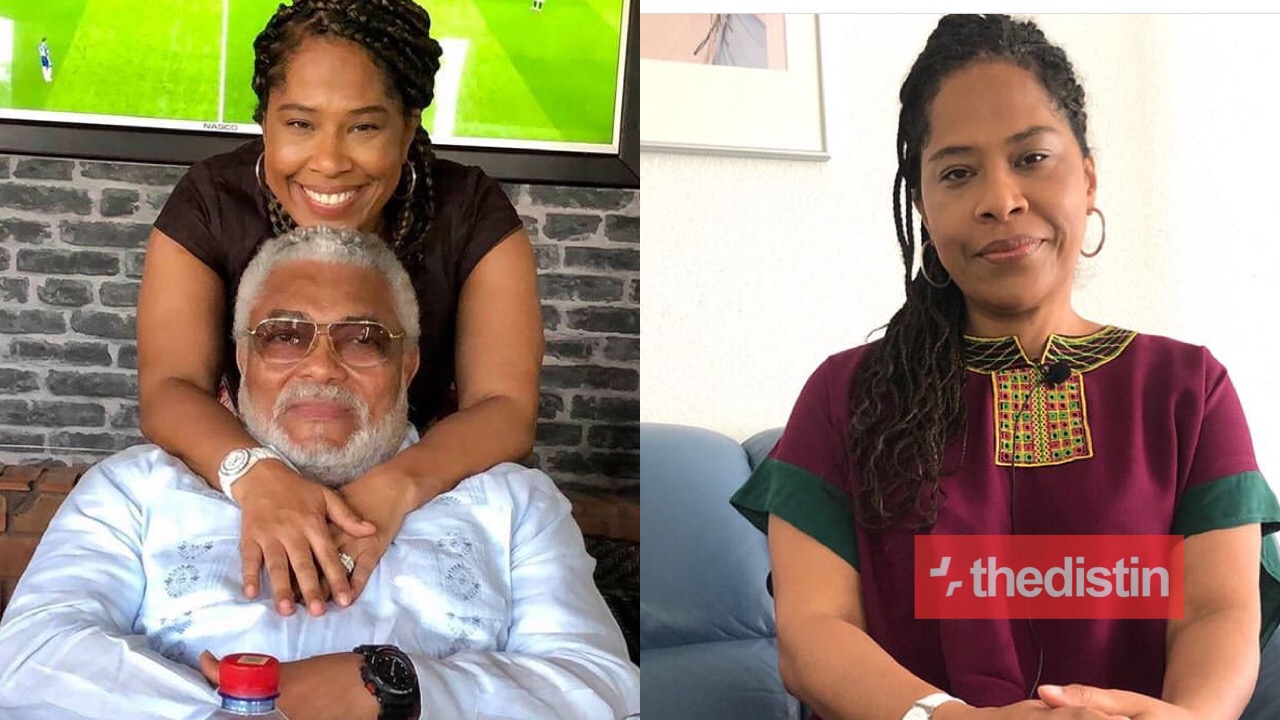 Four (4) things that makes it obvious that Ivorian political advisor, Nathalie Yamb, the rumored sister of late former president of Ghana, Jerry John Rawlings was her lover instead.

These four include posts and information she shared on her Instagram, and Twitter pages and even a report from a Media House in Ivory Coast called her the fiancée of late Jerry John Rawlings.

Nathalie Yamb raised eyebrows when she shared loved-up pictures of herself and JJ Rawlings as he is affectionately called as she consoled him.

When the photos first popped up, many social media users were saying she could be the sister of JJ Rawlings but then her captions on Instagram suggests otherwise.

She’s a diplomat from Ivory Coast and it appears her love life with the former president is dated many years back.

Her bio on Twitter reads: “Resolutely committed to an Africa freed from tutelage. Executive Advisor of Mamadou Koulibaly 2020 presidential candidate in Ivory Coast”.

Below are the reasons why we believe that she’s JJ Rawling’s side-lover.

1. Her photos with Rawlings normally comes with hashtags such as #lover #soulmate.

Check out this lovey-dovey photo and caption below for example:

2. She visits Rawlings in Ghana

In one of her posts via Instagram, Madam Yamb revealed that her Ghanaian name is Abena.

And from her hashtags, one can deduce that the photo was taken when she paid a visit to Rawlings in Ghana.

3. She called Rawlings her fiancée

She made this tweet when JJ Rawlings made a statement on why Former President of Ivory Coast Laurent Gbagbo should not be jailed.

4. Media houses in Ivory Coast recognise Nathalie as the fiancée of JJ.

See more of their photos before:

This new revelation is coming as a shock to many because before his death, the only woman we knew in the life of JJ Rawlings is Nana Konadu Agyeman-Rawlings. They married in 1977 and remained together until his death on November 12th 2020.