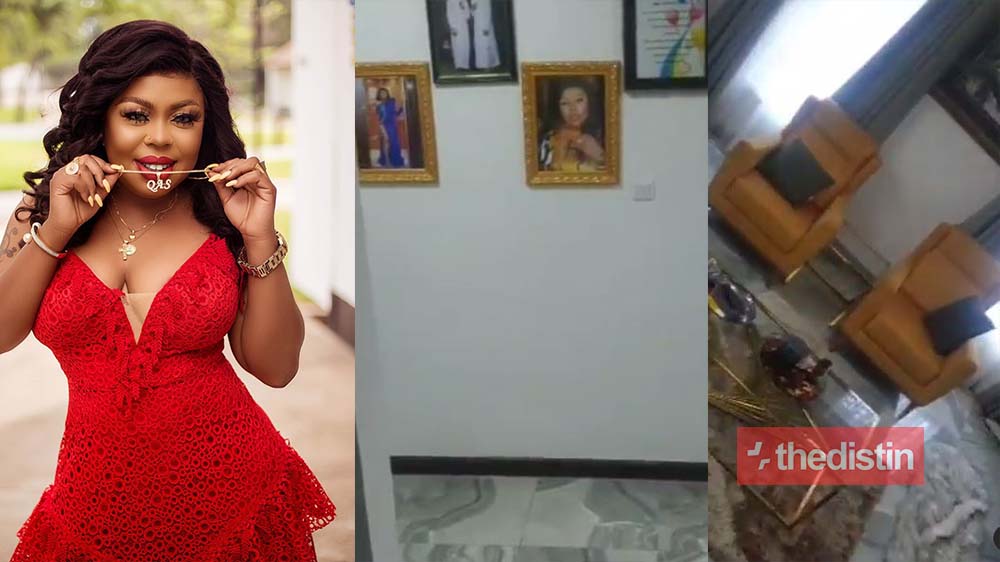 However, fans are not pleased with what they’ve seen because she has lowered her level and class for a small apartment.

Afia Schwar for a while now has been flaunting her new cars and mansions on social media.

Many people noted that the actress was throwing dust into peoples eyes because she had rented the place but claiming she bought it.

Meanwhile, was Afia sacked from her mansion due to bills or she has moved out to her 3rd house.