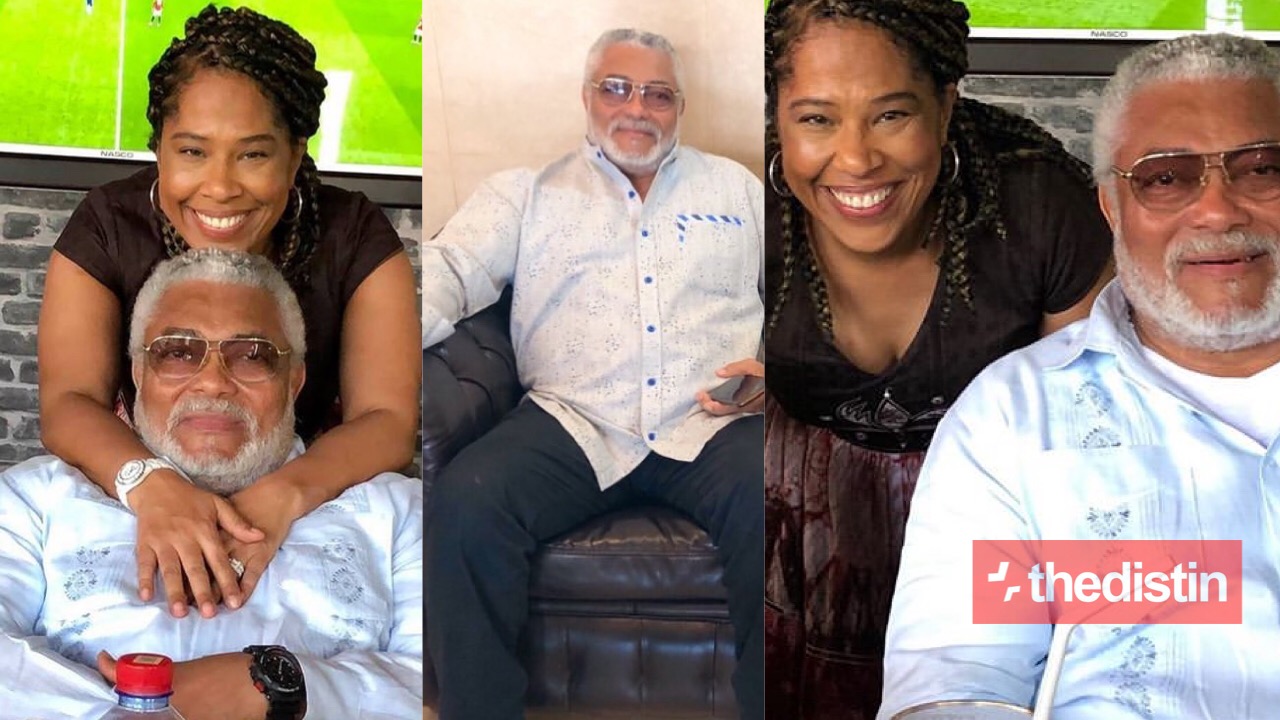 A beautiful Ivorian political advisor, Nathalie Yamb has popped up as the secret lover of late Jerry John Rawlings.

She raised eyebrows when she shared loved up pictures of herself and JJ Rawlings as he is affectionately called as she consoled him.

She’s a diplomat from Ivory Coast and it appears her love life with the former president is dated many years back.

When the photos first popped up, many social media users were saying she could be the sister of JJ Rawlings but then her captions on Instagram suggests otherwise.

While she was sending her tribute to the great loss the demise of JJ Rawlings has caused Ghana, she indicated that he was her soulmate.

Below is a screenshot of her message as she mourns late JJ Rawlings:

Fast forward the post above was deleted on her page however, she couldn’t stop mourning as she shared a dark screen and wrote:

I will love you forever.

Below are beautiful pictures of Nathalie Yamb:

Below are pictures of Nathalie Yamb and late Jerry John Rawlings sighted on her Instagram page:

This new revelation is coming as a shock to many because before his death, the only woman we knew in the life of JJ Rawlings is Nana Konadu Agyeman-Rawlings. They married in 1977 and remained together until his death on November 12th 2020.