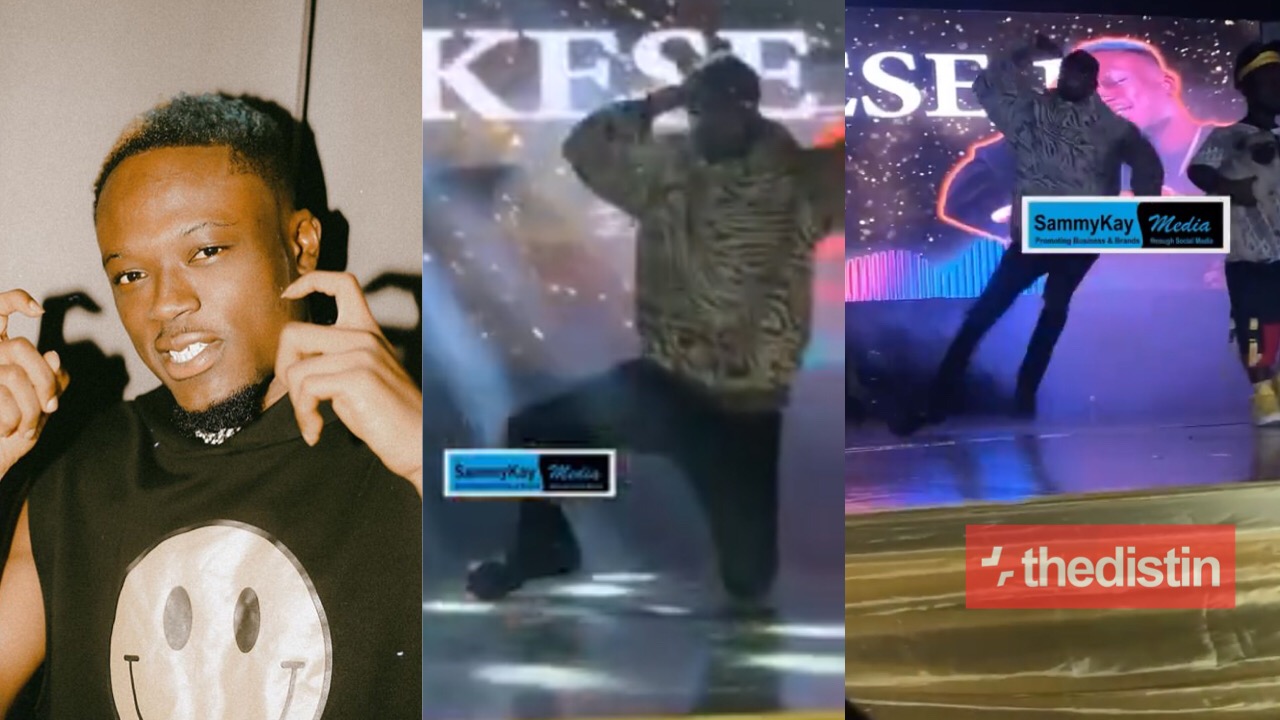 CEO of Amoatia Gend, Okese1 was embarrassed heavily while he was on stage at this year’s UMB Ghana Tertiary Awards which was held at the National Theatre in Accra.

His energy as he mounted the stage was extremely high however he forgot that there was water spilled on the stage by the previous performers.

He stylishly stood up and never gave up as he performed to thrill his fans at the auditorium.