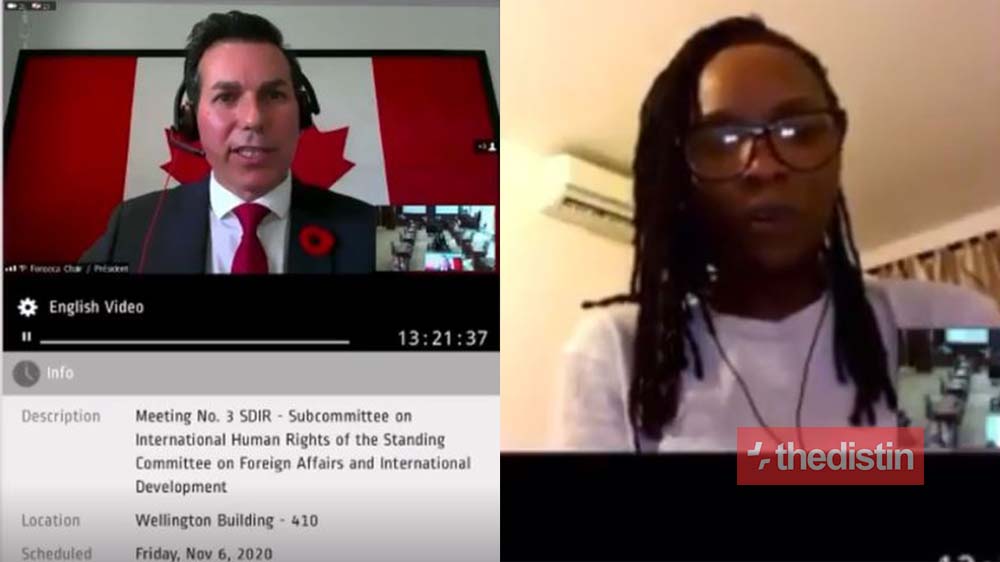 Nigerian Disc Jockey, DJ Switch testifies before the Sub-committee on International Human Rights of the Standing Committee on Foreign Affairs and International Development of the Canadian parliament, video surfaces online

The young and courageous female Disc Jockey Obianuju Catherine Udeh professionally known as Dj Switch is reportedly out of Nigerian to testify before the Canadian Parliament about the Lekki Shooting incident.

Now without a doubt the fact that she is fighting or going against a whole Nigerian government, her life could be in a danger. She has been given asylum in Canada as she testifies about the Lekki shooting.

Dj Switch confirmed that men of the Nigerian Military shot at unarmed protesters at the Lekki Tollgate on Tuesday, October 20th.

The Disc Jockey who claimed to be present at the scene of the gunfire incident gave a detailed account of the incident that led to the injury and death of many protesters at the toll plaza.

Just in case you don’t know, she went live on Instagram to broadcast everything that was happening that fateful day and celebrities like Tiwa Savage announced she was live so everybody should go and see what is happening on Dj Switch Live IG.

She stated that the soldiers opened fire on the protesters after creating a three-formation line.

Debunking claims by the Nigerian army authorities that soldiers shot blank bullets into the air, Switch insisted that the military men shot at the protesters.