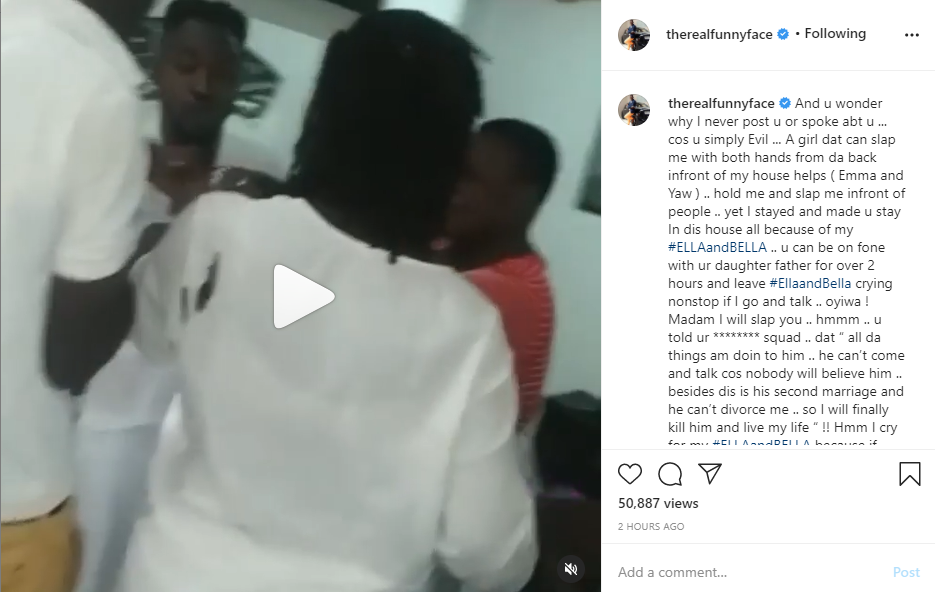 In the latest development, Funny Face has dropped two videos to clear the air that it is rather Vanessa who has been fighting her and making her contracts to be terminated.

In the first video, Funny Face’s baby mama was seen angry as she even refused to listen to an elderly person who tried to calm her down. Click here to read more about that story and watch the video

A fan dwelling on the video praised Funny Face for always being happy and dancing as if he has no problem when his wife has been beating him.

Read Also: Funny Face Shares An Aftermaths Of When His Baby Mama, Vanessa Attacked Him And Damages She Caused In His House | Video

Reacting to that, Funny Face hilariously insulted the fan calling him a fool by adding a laughing emoji to show he’s not taking his words to heart.