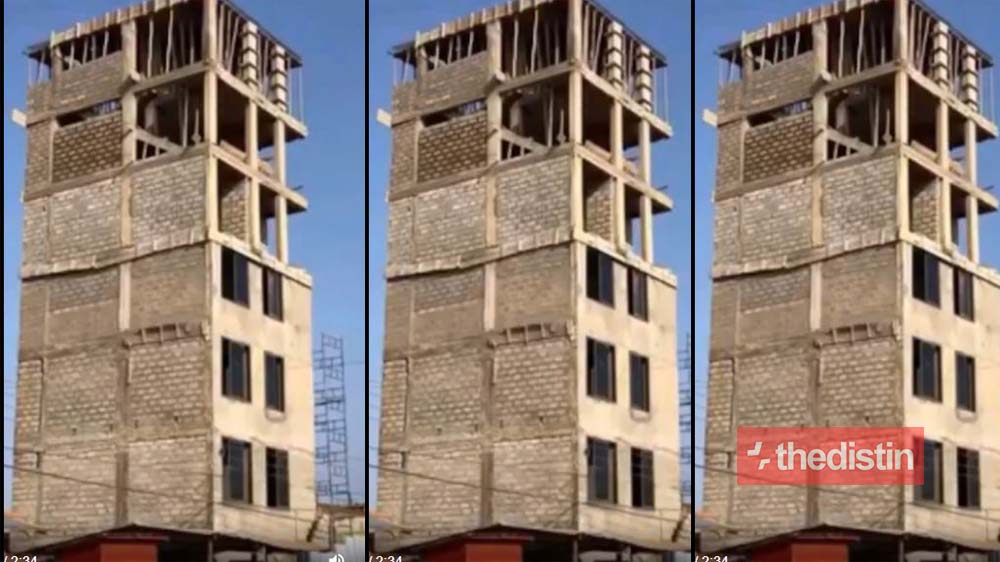 Earlier today 16th Novemeber 2020, there was a viral picture of a tall building trending on social media.

They have called on the authorities to make sure this particular building is pulled down because it looks like a ‘death trap’.

However according a representative of the EPA during an interview with Kwame Sefa Kayi, the construction of the building has been halted

He added that the owner of the said building does not have an EPA permit so there for its either he comes for the permit for proper construction to be done or the authorities will order for it to be demolished immediately.