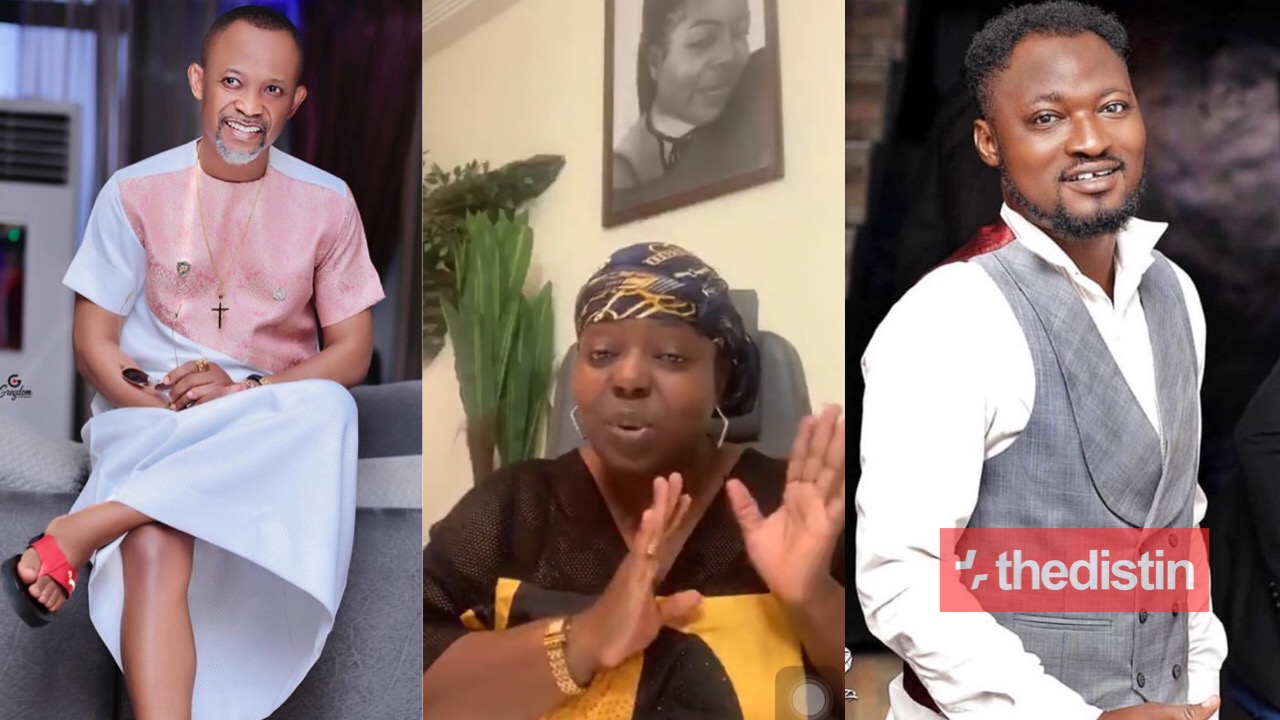 Vanessa (Funny Face’s baby mama) wants to speak and clear my name but Despite Media‘s Fadda Dickson says she shouldn’t. I think Funny Face is sick, I haven’t wronged him in anyway, God is my witness, Maame Yeboah Asiedu speaks out.

Maame Yeboah Asiedu, former media presenter but now a full time pastor while speaking and clearing the air on some allegations made by Funny Face concerning the failure of his relationship with his baby mama, Vanessa.

Read Also: Maame Yeboah Asiedu Speaks After Funny Face Claimed That She Pimps His Baby Mama And Other Ladies To Rich Men | Video

In her reaction which marks the second time she came out to react to Funny Face’s allegation, she included Fadda Dickson’s name.

In a new video, Maame Yeboah Asiedu revealed that she had wanted Vanessa to come out to explain herself and in effect gets her name out of this whole brouhaha but she has refused.

Read Also: ‘Let’s Pray For Him’ – Maame Yeboah Asiedu Finally Reacts To Funny Face’s Insults And Claims That She Collapsed His Marriage With Vanessa

On why she refused, Maame Yeboah Asiedu says it is the influence of Fadda Dickson who is trying to make her look like a bad person.

Maame Yeboah Asiedu explained that when she hosted Vanessa in her house for 4 days, Funny Face called her and insulted her on why she allowed his girlfriend to stay with her.

She stated that after Funny Face called her to insult her, he came to her house and sat down with Vanessa and he rendered an apology for the damages he has caused her when he rained insults on her for hosting Vanessa.

Maame Yeboah Asiedu said on records that all the videos Funny Face has shared and tagged her in as the evil person was already shared to her by Funny Face when he wanted her settle the issues he had with Vanessa.

Read Also: Funny Face Shares An Aftermaths Of When His Baby Mama, Vanessa Attacked Him And Damages She Caused In His House | Video