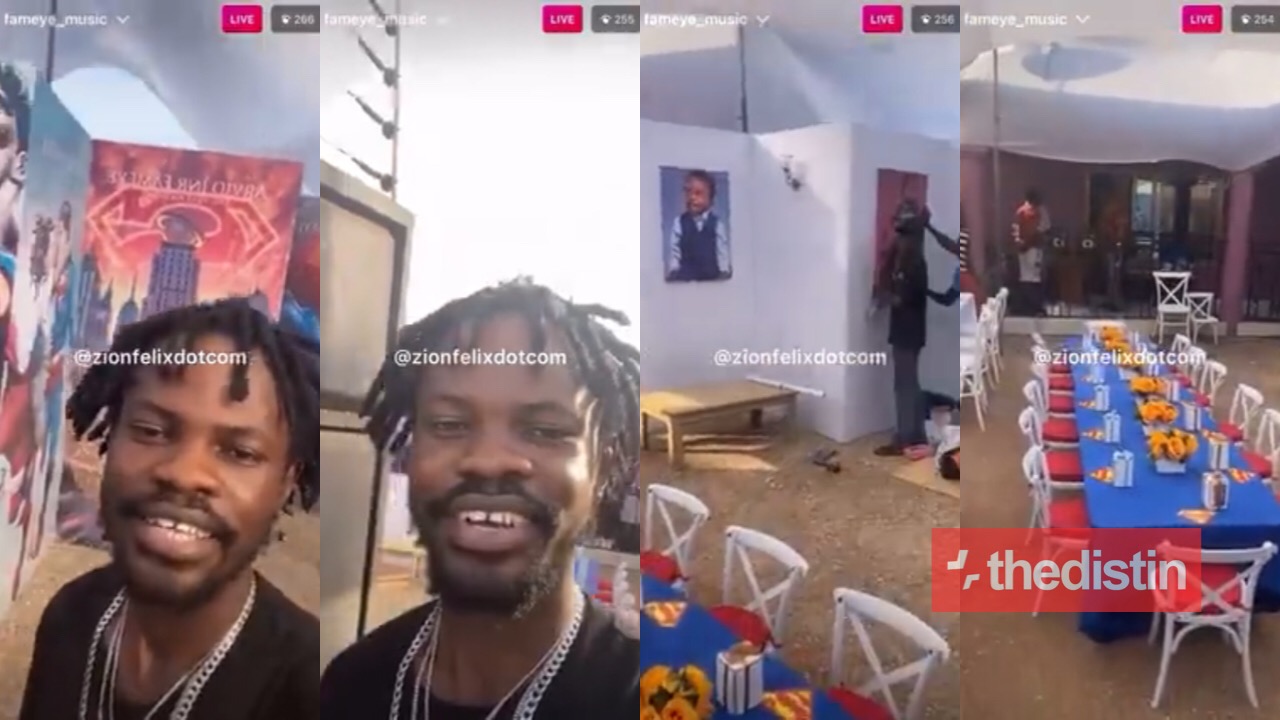 Singer Fameye, ‘Nothing I Get’ hitmaker now boost of having a house and car, he flaunts it on his son, Arvid‘s birthday.

On the birthday of Fameye and his baby mama, Bridget Agyeman’s son, the singer made it a memorial one as he made a beautiful decorations full of portraits of son’s pictures.

Excited Fameye recorded himself saying he now has something unlike when he came new that he has nothing and even made a song with it dubbed Nothing I Get.

Fameye showed off his car as well.