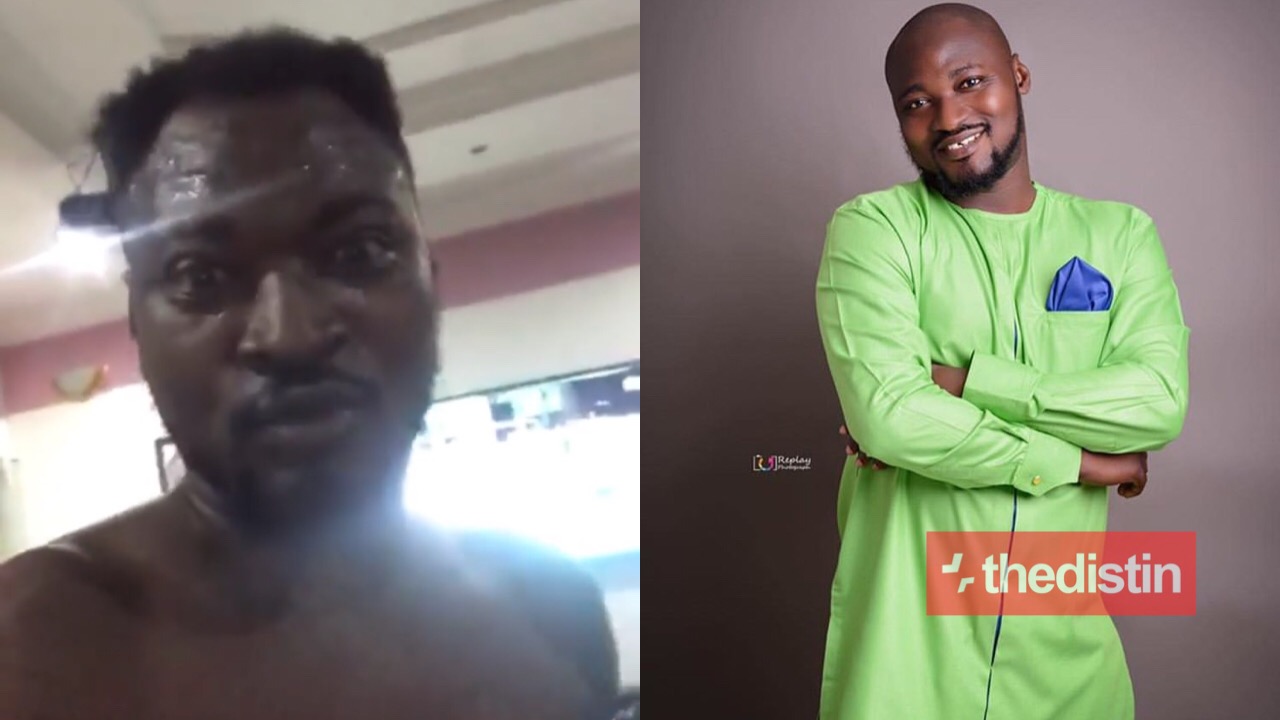 Funny Face has shared a video of himself reporting his baby mama Vanessa to her uncle after she attacked him in his house and allegedly slapped him in front of people.

In this video, Funny Face was explaining what Vanessa did to him when she visited him in his house and revealed that she destroyed some chairs in his compound and also slapped him.

Again, Funny Face said that while he was been attacked by his baby mama, their twin daughters was in the room crying due to the loud noise that came while Vanessa was beating him.

“ GYE NYAME “ ✊🔥 My #ELLAandBELLA I had to endure months of torture and pain from ur mother all because she is being influenced by some woman called MAAME YEBOAH ASIEDU .. dis is 1 video of 26 videos am putting on my pages one by one for u to grow and be da judge for urselves .. I don’t think I can continue anymore living girls .. I really did my best and gave u my all .. but da people fighting your father for you girls are too many .. my strength is gradually failing me girls.. am really sorry I have to do dis !!! One day you will understand .. grow and fight for justice .. I wish u well 🔥✊

Later, Maame Yeboah Asiedu shared a video of the conversation she had with Vanessa and Nayas on her Instagram page.

From their conversation, Vanessa detailed that she is even ashamed that Funny Face is attacking her and also narrated what happened that caused their break up, click here to watch video.

In another latest development, Funny Face has dropped two videos to clear the air that it is rather Vanessa who have been fighting her and making her contracts to be terminated, click here to watch videos.