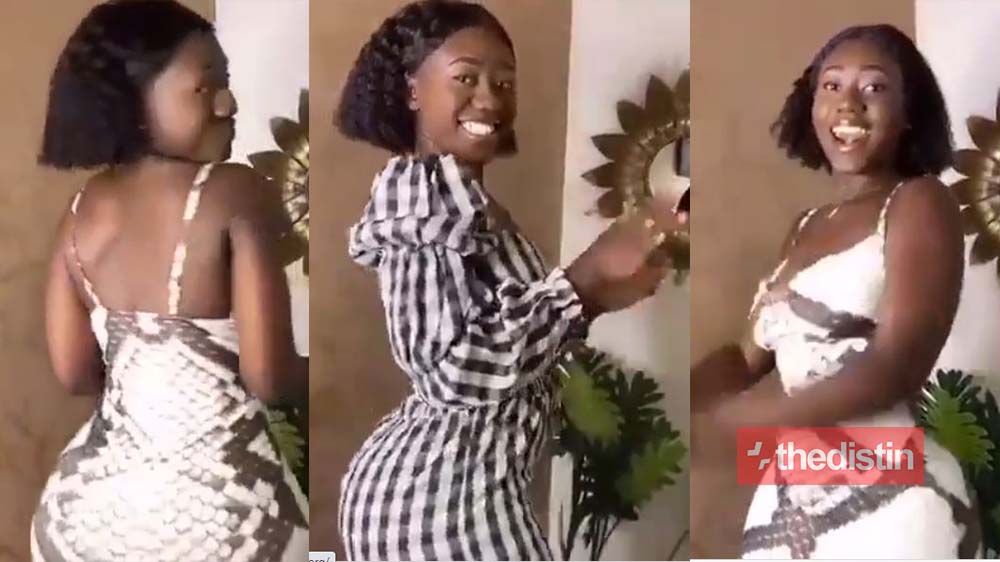 Popular Ghanaian TikToker and Instagram goddess, Hajia Bintu, has caused a stir on social media as she whines and dances on “Maserati” by Olarika

In the video sighted by thedistin.com, Hajia Bintu was seen standing in what looks like her living room as she shows off her crazy moves.

The pretty Hajia Bintu was seen replicating a viral video challenge that saw people changing clothes in different frames but were merged to look as though it was a single video.