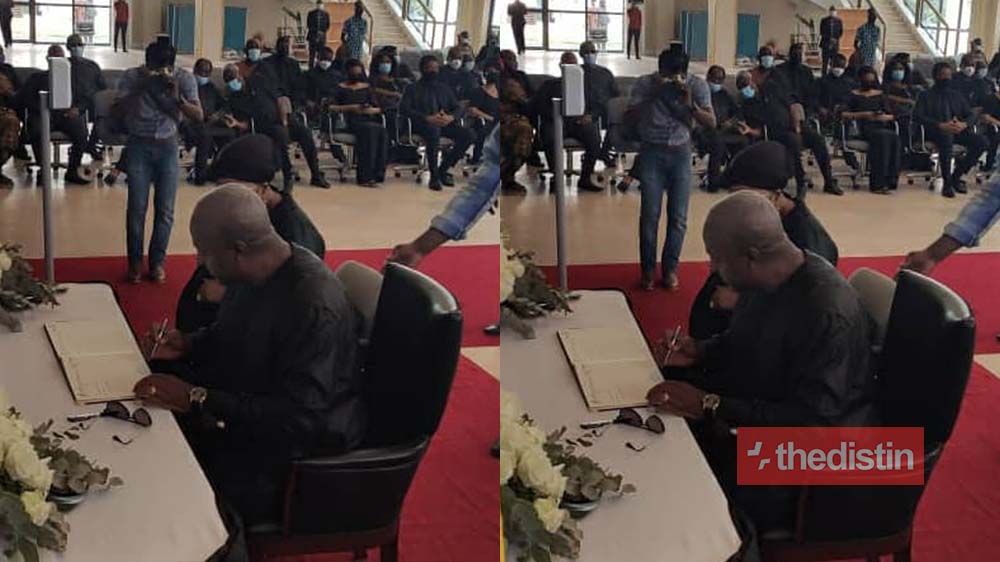 On Friday, November 13, 2020, news broke that former President John Dramani Mahama was prevented from signing the book of condolence after he led an NDC delegation to visit the family of Rawlings

Earlier thedistin.com reported that the flagbearer for the National Democratic Congress (NDC) John Mahama was prevented from signing the condolence book when he and other gurus in the party visited Rawlings’ house after his death.

Just in case you missed that story, click here to quickly update yourself on it

The National Chairman of the NDC, Samuel Ofosu-Ampofo, said former president Mahama was denied from signing the book of condolence when he arrived at the Accra International Conference Centre to sign the book in honor of the late founder of the NDC.

Following the revelation, the show’s host Osei Bonsu, popularly known as OB, reached out to State Protocol for an explanation.

The ‘Ekosii Sen‘ presenter stated that Mahama was not necessarily turned away or refused access but was scheduled to sign later.

According to OB, his sources at State Protocol has revealed that the outfit had drawn a schedule for the signing of the book of condolence for Rawlings.

Read Also: Nana Addo: Man Corrects Grammatical Errors In Press Release From The Prez. About The Death Of JJ Rawlings | See What He Did (Photo)

Mahama and the other living former president, John Agyekum Kufuor, have been penciled to sing on Monday between 10:15 and 10:45 am.

Before the two former presidents, Speaker of Parliament Micke Ocquaye and Chief Justice Anin Yeboah are expected to sign between 9:00 and 10:00 am.

On Tuesday, former first ladies and second ladies and ministers of state will have the opportunity to sign.

Each category of people has been assigned a time frame within which they can go and sign the book of condolence.

Well, finally the President has gotten the chance to privately express how he feels about the late President’s death.

In new pictures sighted online by thedistin.com, sees the flagbearer of the NDC at the Accra International Conference Centre signing the book of condolence.