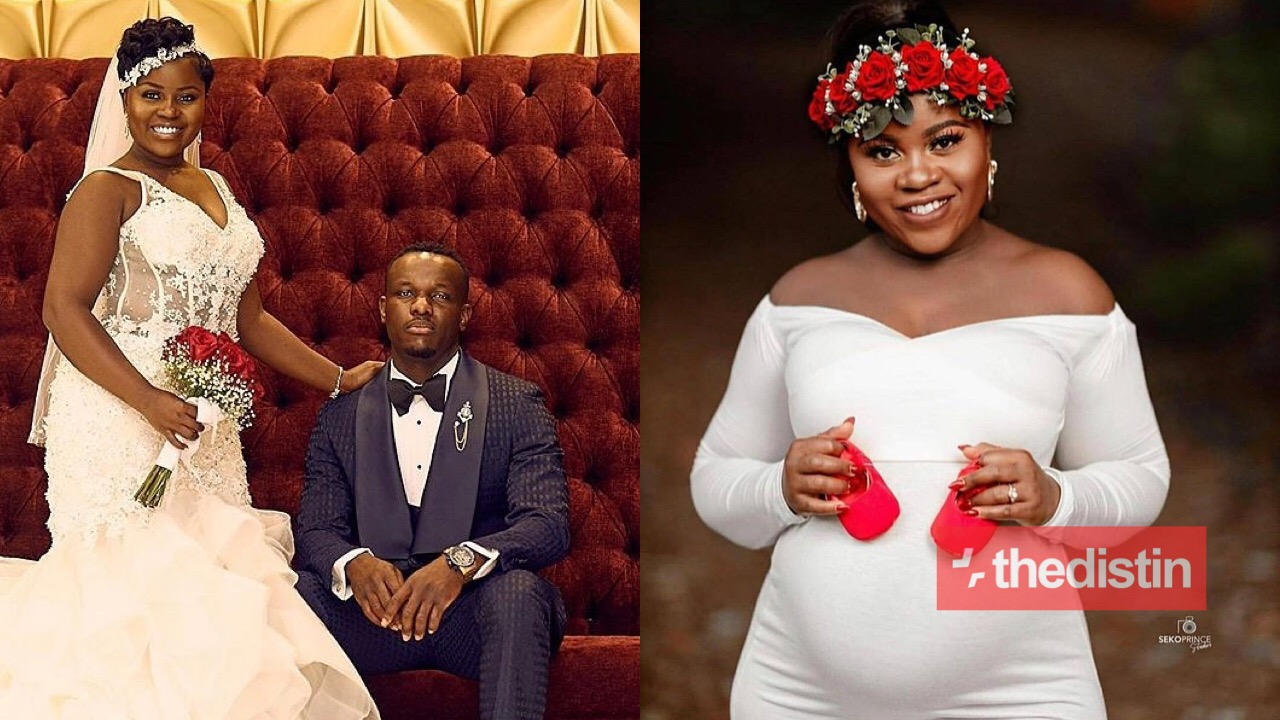 Kaakie after releasing some hit songs like Too Much, just to mention few went on a long break and later it was revealed that she was pursuing her dream career as a nurse.

Aside that, on December 2019 the dancehall artist and nurse reportedly tied the knot with her husband, Mr. Anansi Aidoo.

It has emerged that the singer has given birth on the low without anyone media bumping on her baby bump pictures.

According to reports, Kaakie has given birth to an adorable baby girl.

Below are pictures of Kaakie heavily pregnant: