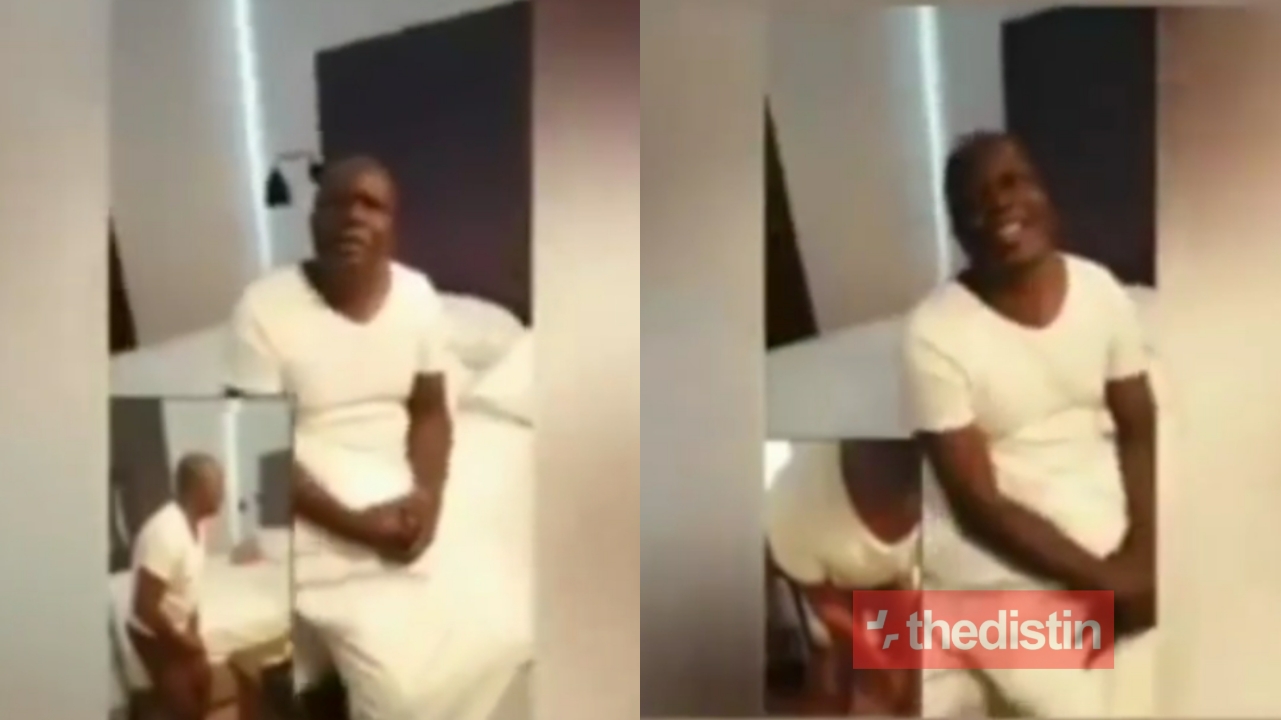 The luck of Mr. Martins, a staff of the Nigerian Embassy in Berlin, run out after he was caught red-handed sleeping with someone’s wife.

In the video sighted by thedistin.com, Mr. Martins is caught pants down about to sadists his sexual urge.

Read Also: Video Of Efia Odo And Hajia 4 Real Kissing Like They Are Lovers Goes Viral

In an attempt to save embarrassment and shame, Mr. Martins wrapped a towel around his waist whiles the married woman stood there in shock.

According to the man filming the incident, Mr. Martins is noted for sleeping with married women before issuing them their Visas or renewing their Nigerian passport.

Read Also: Funny Face Drops New Video About His Baby Mama Vanessa After She Said He Pulled A Gun On Her | Video