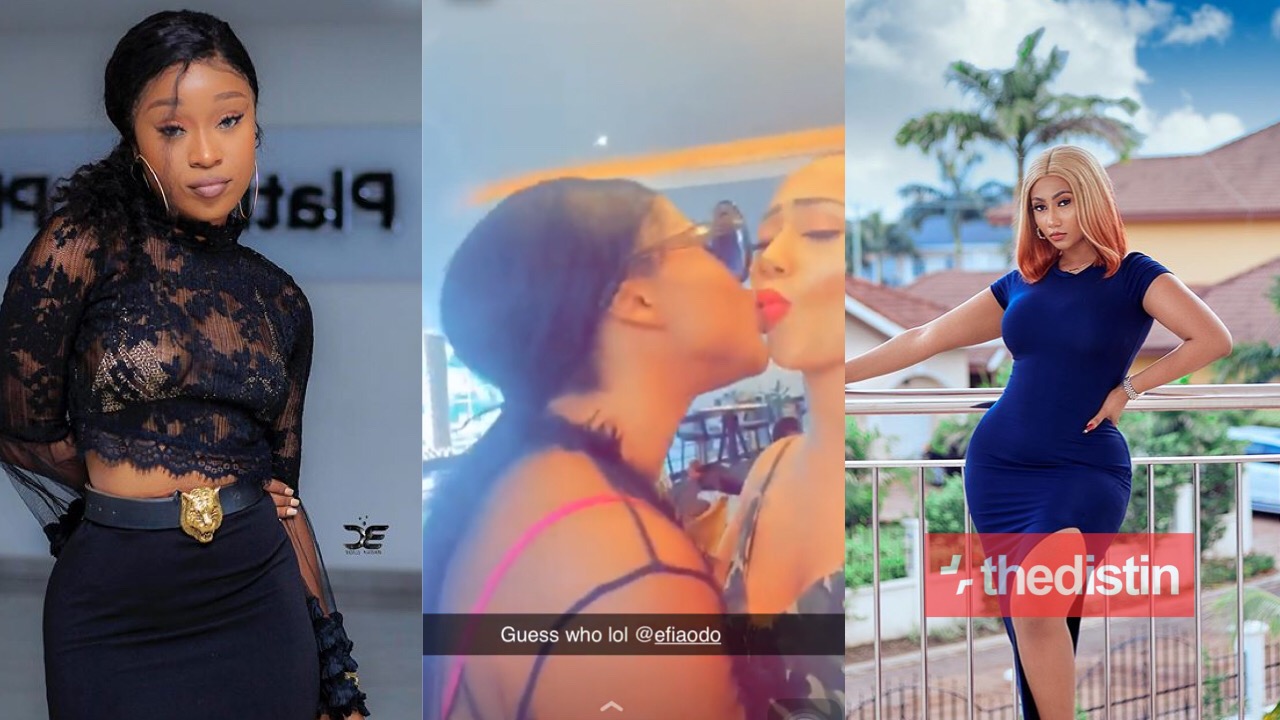 Ghanaian socialite, Hajia 4 Real and actress and model Efia Odo have been spotted locking lips together in a new video.

Efia Odo visited a location where Hajia 4 Real and her friends were already having fun which made the two to meet again.

In a video from their linkup available to Thedistin.com, Efia Odo and Hajia 4 Real revealed to each other that they’ve missed themselves.

Their message to each did not come alone, it followed with the two kissing themselves in front of their friends as one could be seen shouting in shock.

In other news, a die-hard fan of rapper, YPee inks his name boldly on her chest near to her breast as sign of being loyal to the Pee Nation CEO.

The female loyal fan of the rapper sent her pictures revealing clearly her tattoo of the rapper’s name to him on his Snapchat handle.

The rapper while showing his gratitude kept the identity of the lady anonymous.

She went straight to the direct message (dm) of YPee and noted that she really likes him and has his name on her chest and called him her hero.

YPee was suroised of the love she has showed him and while he was sharing the pictures on his Snapchat said “Real Love”.

It did not end, YPee promised her that he has something special for her, click here to watch video and pictures.