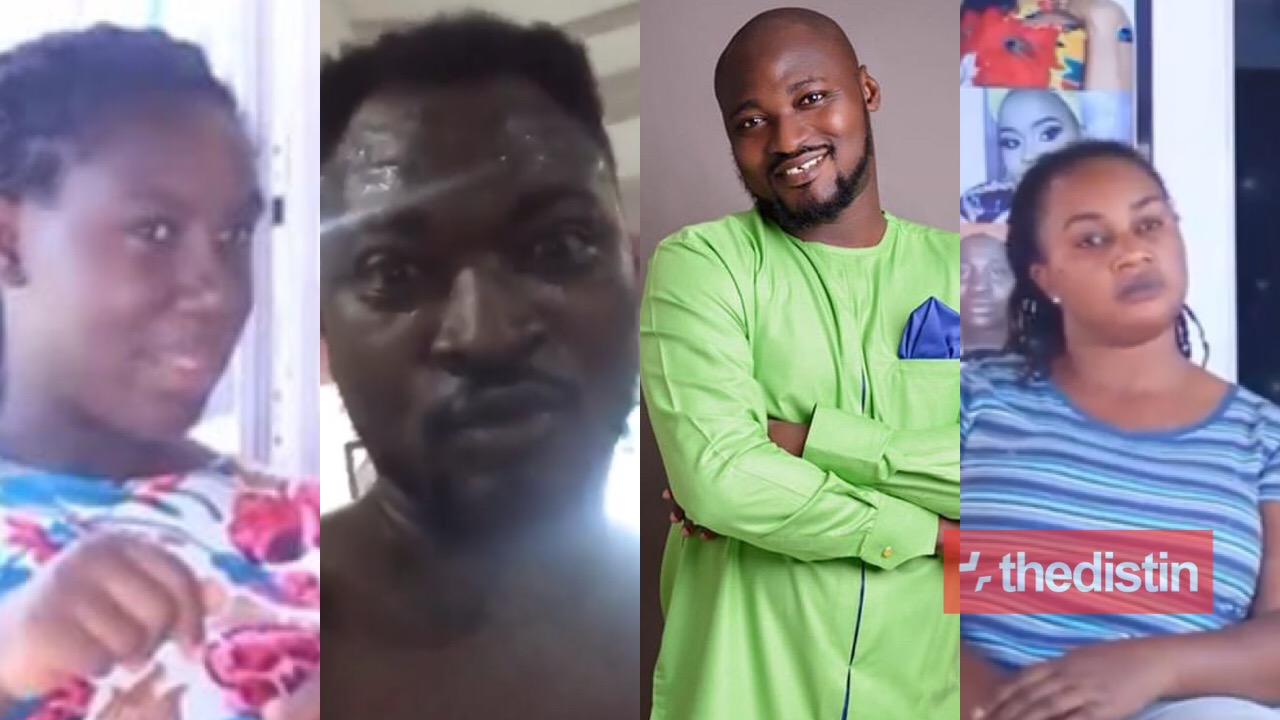 Video of actor, Funny Face dirtying the mother of Ama Vanessa, his twin daughter’s baby mama who is also heavily pregnant for him, call her poor, and rain insults on them.

This video was played when GhPage’s Rashad visited the Ama Vanessa and her mother for an interview for her to clear the air.

Read Also: ‘I Don’t Regret Fighting With You, You’re Irresponsible’ – Funny Face Shares A New Audio Of His Baby Mama Insulting Him

According to Vanessa, the pregnant baby mama of actor and comedian Funny Face, he has been attacking her on several occasion at the least chance he gets.

Vanessa mentioned that Funny Face is not the man we see him be on social media.

Explaining her statements, Vanessa stated that the comic actor at the least provocation would insult her, the mother and her entire family till he gets ‘satisfied’.

To prove her claims, Vanessa released voice notes of Funny Face seriously and without mincing words insulting her [Vanessa] and her mother. Some of the words used were very harsh.

Read Also: Funny Face Drops New Video About His Baby Mama Vanessa After She Said He Pulled A Gun On Her | Video

With no regard for the family, Funny Face aka ‘Kasoa Vandamme’ gave it hard to his mother-In-Law insulting her to the point of describing her private part and calling her names.

However, according to Funny Face, the above audio comes as a reply to Ama Vanessa after she had sent an audio insulting him.

In the audio, Vanessa was heard calling Funny Face an irresponsible man who only knows of sleeping with women and getting them pregnant but can’t perform his duties as a father, click here t listen to the audio.