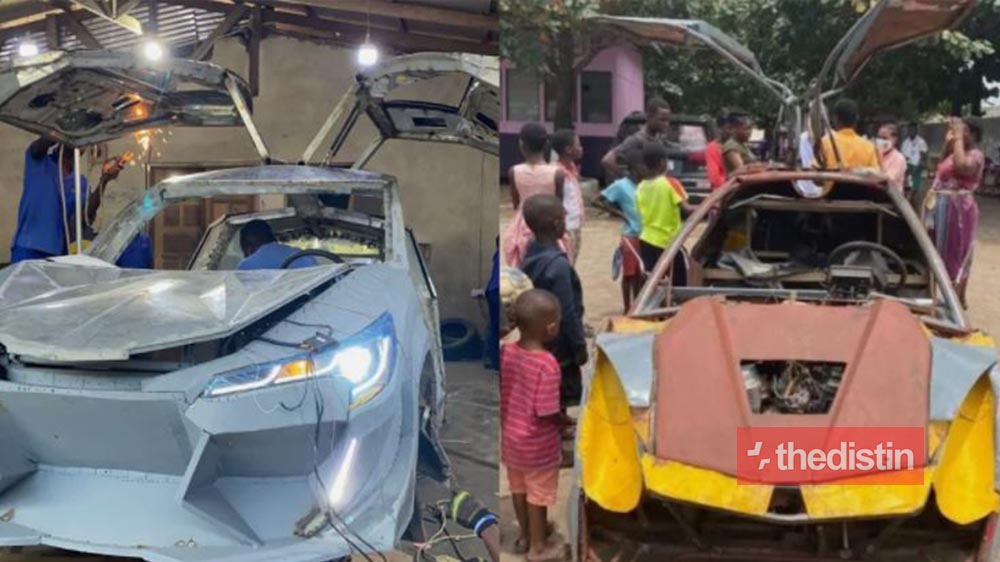 In a post sighted by thedistin.com on the personal Twitter page of the CEO Kwadwo Safo Jnr, he posted a photo of the car that was still being worked on at the factory.

The car which will be called “Akofena”, as shown by the image, took the same shape and form as the car that was manufactured by Kelvin Odartey.

However we thedistin.com is not certain and can’t confirm this is the same design since its very possible inspiration could be picked from Kevin’s design.

Below are reactions from Ghanaians