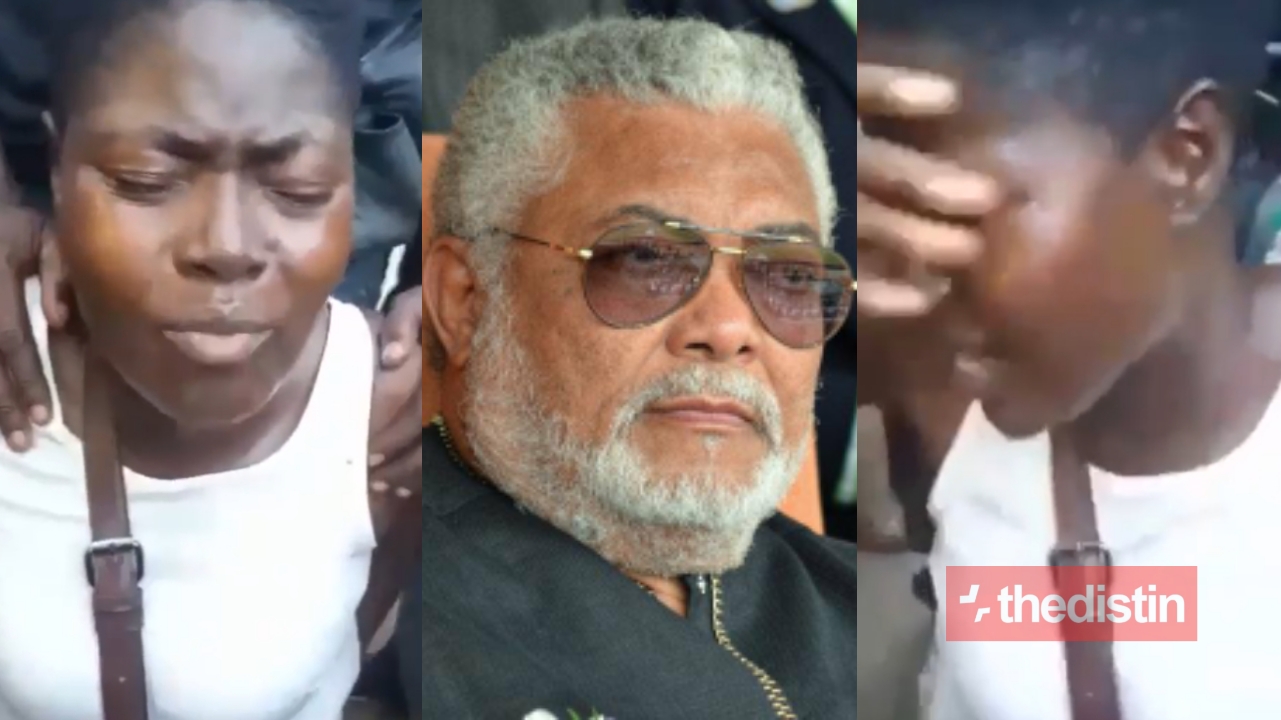 A lady by name Emefa from the Volta Region has spoken about the death of former President Jerry John Rawlings.

Well, in a video sighted by thedistin.com, Emefa who hails from the Volta Region says she has been sent to wake up the former President for he’s not dead but only sleeping.

Acording to her, she has been seeing former President Rawlings very often in her dreams.

However, one time when he appeared in her dream she saw him driving a black car and he was going away.

According to her, she asked him why he was driving a black car but he didn’t respond and just went away.

She also added that she has been speaking to the late President John Evans Atta-Mills.

She indicated that former President Rawlings is not dead but just asleep.