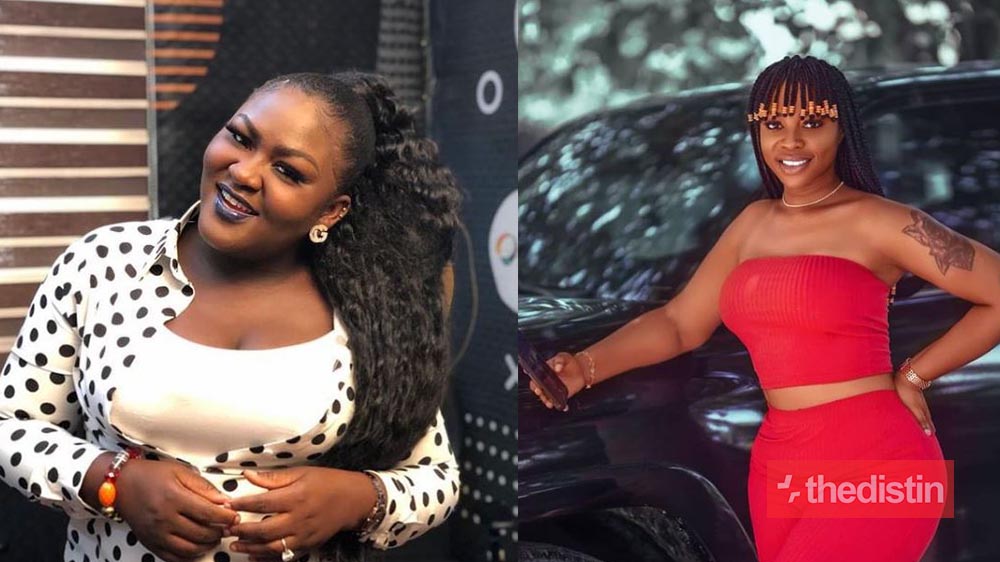 Ex-girlfriend and baby mama of Shatta Wale, Michy, has finally responded to AJ Poundz after she said her decision to leave Shatta Wale was bad.

In an interview with Zionfelix, she indicated that Michy and Shatta Wale have toiled together and now that he has become famous and has lots of money, you leave him for another woman to enjoy all his wealth.

In a post shared on her Instagram page, Michy replied AJ Poundz saying that it is as a result of advisors like her women are stuck in unfulfilling relationships.

According to her, the fact that she built something with Shatta Wale does not mean she’s entitled to it.

She added that 2 years after leaving Shatta Wale, she has been able to build two houses and enroll herself into law school.

Here’s What She Said;

Dear @ajpoundz_gh ,pls don’t project your fears on me. My only advisor was God(intuition) & you’re not wiser than Him sis.
It’s cuz of advisors like you that women are stuck in unfulfilling relationships. The fact that I built something with someone doesn’t mean he owes me, let’s not feel entitled. If I could for someone, I can equally do same & more for myself with the help of God. For a girl that left all her belongings behind to acquiring 2 houses in less than 2 years of being single , enrolled myself in law school amongst other blessings, me sef I shock give God(In His time He makes all things beautiful) & I’m really enjoying His endless wonders . I doubt you’re done breastfeeding your baby, focus on that🙏 #love #light