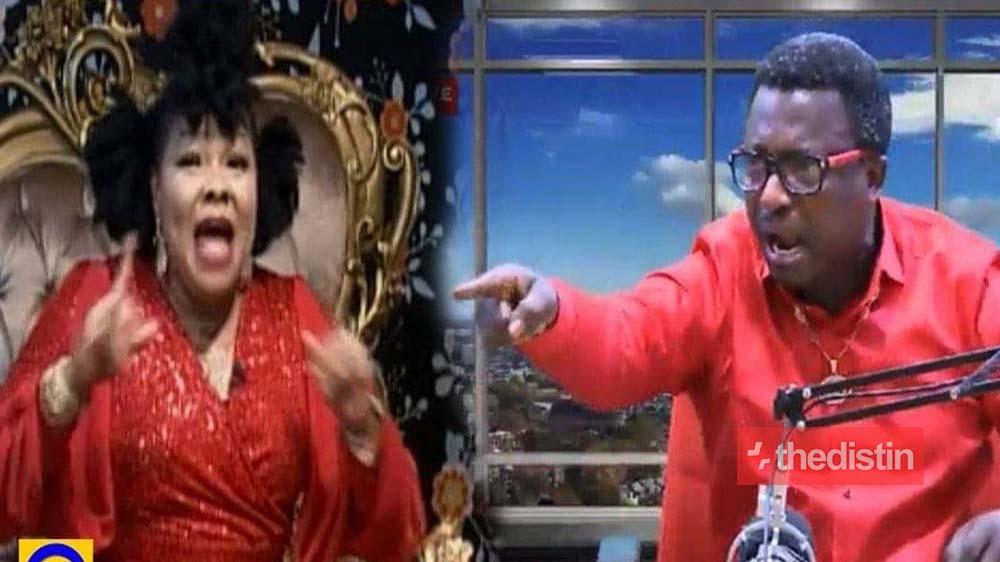 A new video sighted online by thedistin.com sees two videos compiled by YouTube channel GhPage and it shows how Opambour and Nana Agradaa were blasting each other as she reveals secrets about him.

According to Nana Agradaa, Opambour the controversial man of God has been sleeping with the wives of his junior pastors.

She added that he has been married for ten years but never had sex with his wife but rather sleeps with his junior pastor’s wives.

This revelation comes after Opambour said any man of God (Owusu Bempah) who allows and entertainment a fetish priestess in his church is not a real man of God.

Also, the fact that Opambour is now protecting and entertaining Osofo Appiah Biblical who used to be Nana Agradaa’s small boy is another matter they are insulting each other about.