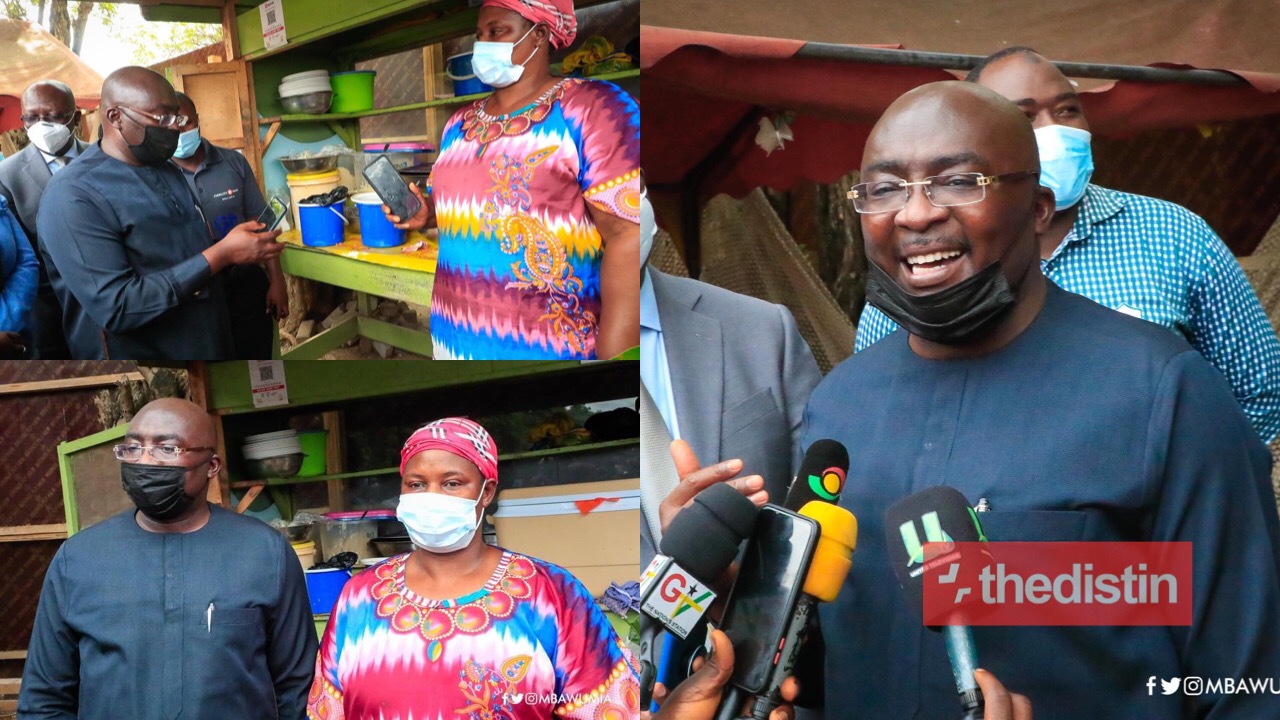 To walk his talk and not for it to be seen as a lie to Ghanaians, Dr. Mahamudu Bawumia today, Thursday, 19 November visited a popular Waakye vendor, Aunty Muni and bought from her and paid with the QR Code.

Dr. Mahamudu Bawumia bought Waakye for Ghc60 and paid using the QR Code this morning as he was surrounded by a massive crowd.

Dr. Mahamudu Bawumia could be heard saying it is a safe method of transactions especially among traders that will help save their money from being stolen etc.

I used my universal QR code pin to purchase Waakye this morning from Auntie Muni at Ridge in Accra.The Universal QR code being used in Ghana is first of its kind in Africa and also one of the best interoperable payment acceptance solutions in the world.This will help us move further into the cashless direction of the digitisation drive because there will be no need for merchants to have point of sales devices, with the QR code platform, all they need is a mobile phone and even a “yam phone” will work.

Below are pictures from when Bawumia visited Auntie Muni Waakye: