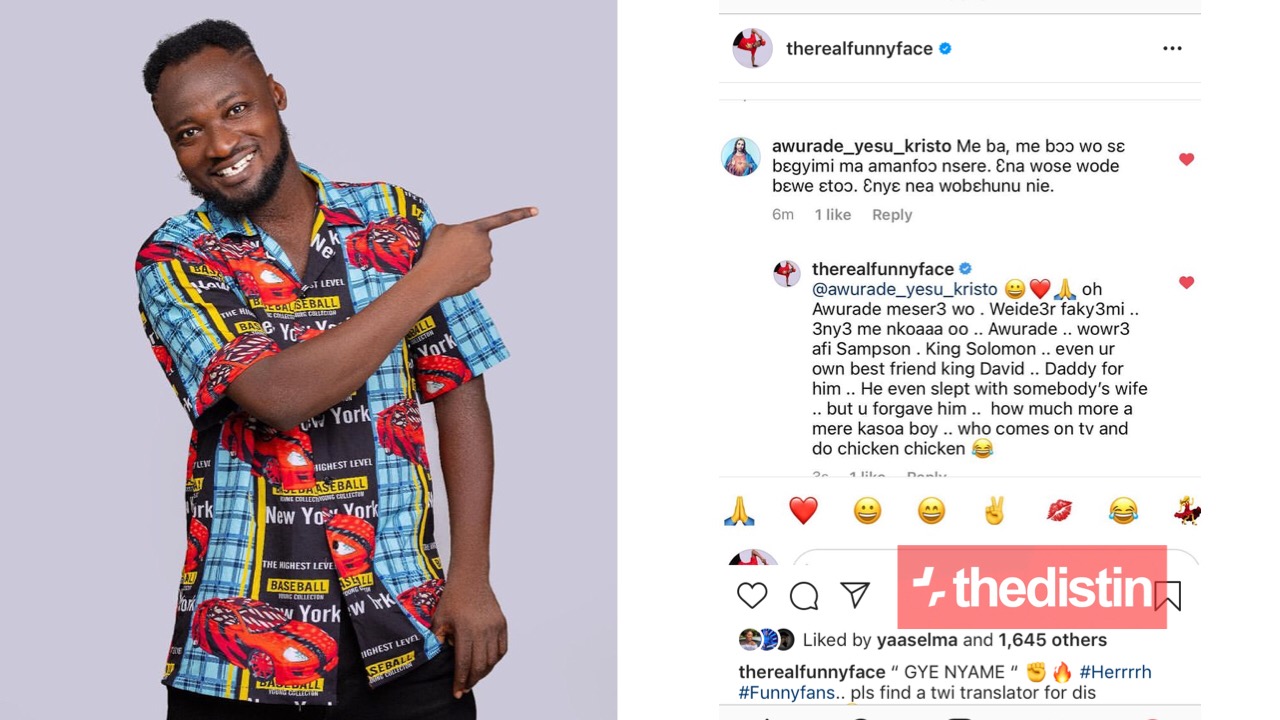 A follower of Funny Face with the handle, @awurade_yesu_kristo quizzes him on why he uses his talent only to chance big backside and not to make people laugh.

Funny Face has shared a video of himself thanking his fans for staying by him throughout his difficulties and also joked around his some interestingly comments he has sighted on amid his fracas with Maame Yeboah Asiedu and his baby mama Ama Vanessa.

Beneath his video shared on his Instagram page had one of his fans with the handle, @awurade_yesu_kristo commenting and asking him for the reasons he wants to put aside his God-given talent to chase after women with bi backsides.

Funny Face after sighting on such comment beneath his post also replied and asked for forgiveness. Funny Face used the stories of Solomon, Sampson and David to beg ‘Jesus’.

Funny Face replied the fan with such handle with:

The comic character took a screenshot of it and shared on his page and noted that although the page was created by a human and not God, he still finds it a need to be prayerful.

Funny Face sharing the comment from his follower with such name wrote: