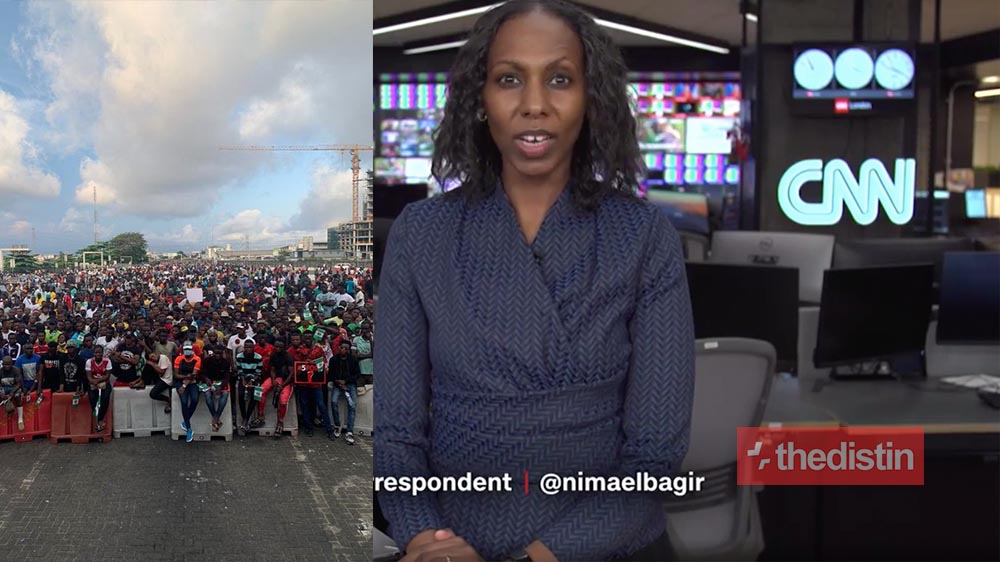 Weeks after the sad incident at the Lekki Toll Gate during the End SARS protest that left some of the protesters dead and injured, broadcasting network CNN have released a video giving full details of the event.

On October 20, 2020, the Nigerian Military and Police denied the incident, saying no shooting took place and all the videos and photos flooding social media is that from a different event.

Following this report, CNN carried out an independent investigation into the matter and has finally released its findings to the general public in the form of a documentary.

CNN, in its investigation, spoke with a man, Elisha Sunday, whose brother, Victor, was killed during the October 20th shooting incident.

The media house also spoke with some of the protesters at the scene when the shooting occurred. They claim the soldiers indeed fired shots at them.

The media house also tracked the bullets shells seen at the Toll Gate and the companies that supplied the Nigerian Army Weapons between 2005 and 2016.