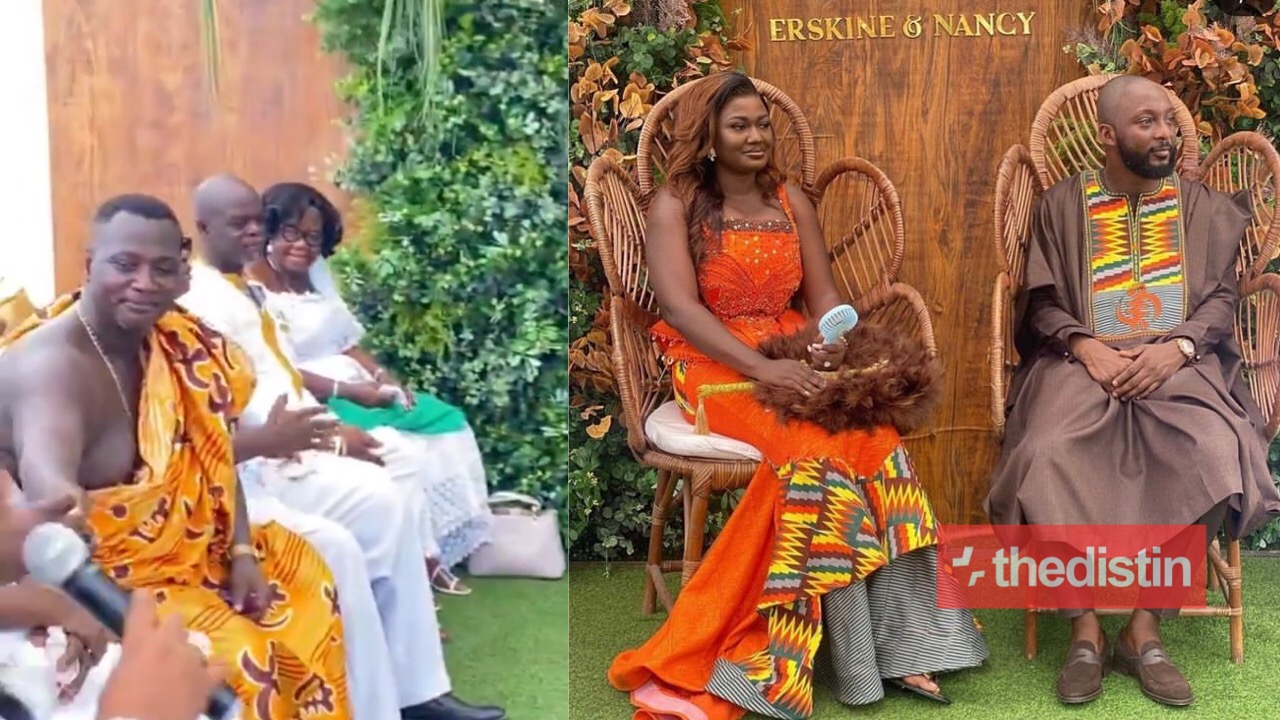 Award winning radio broadcaster, Erskine Amo Whyte‘s father’s advise to the his son as he marries his wife, Nancy Warlson in a lavish traditional wedding happening somewhere in Accra.

Read Also: Singer Fameye Reveals The Political Party Of His Choice He Will Vote For In December

Thedistin.com had earlier reported with videos from the ceremony that shows Erskine Whyte dressed handsomely in wine colored outfit as he dances with his groomsmen to the house of the lady, click here to watch video.

The Traditional wedding ceremony taking place in coded location with friends and family present to grace the ceremony.

A new video sighted from the lavish ceremony captures the moment the father of the groom giving a word of advise to the couple.

In his message to the couple, he noted that in every situation they found themselves, they shouldn’t forget their root and their beginning.