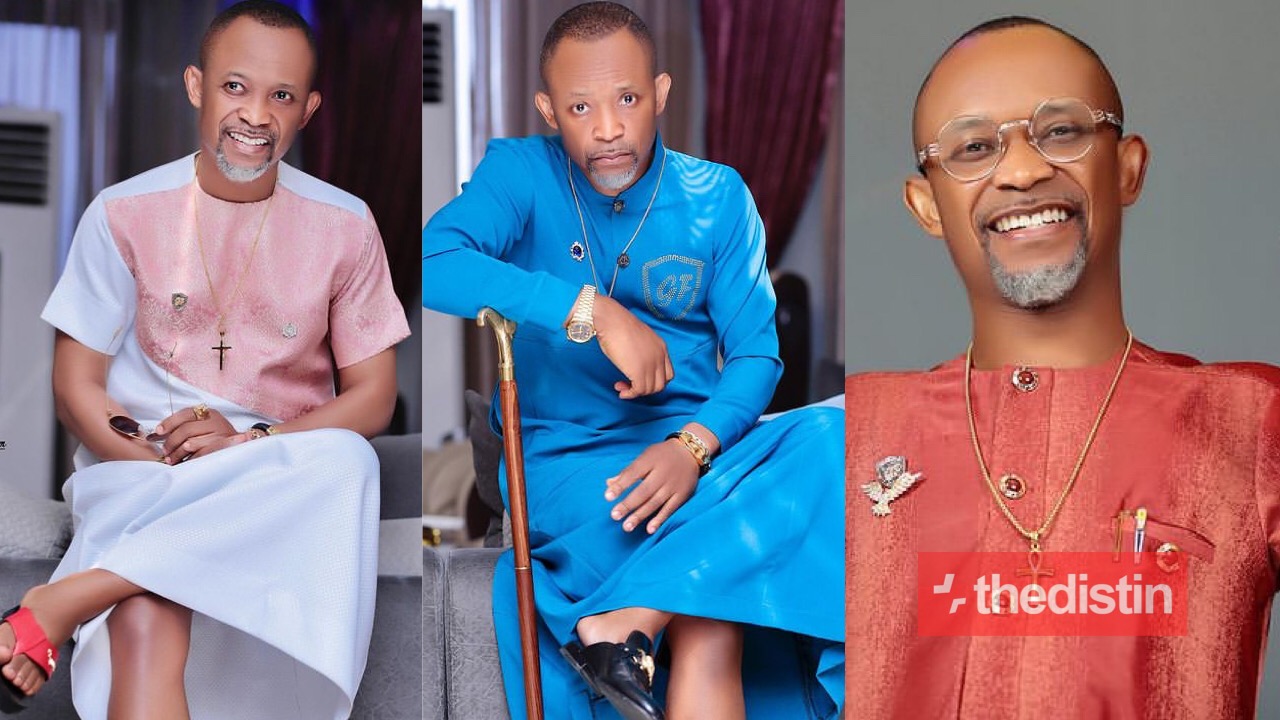 Fadda Dickson, managing director of Despite Media has shared pictures of himself after news on his ‘son’ Kennedy Osei and Tracy Osei welcoming their twin girls.

Dr. Osei Kwame Despite has new daughters among his grandchildren as his first son, Kennedy Osei and his wife, Tracy Osei Gyamfuah Ameyaw have welcomed their twin daughters.

On Wednesday, 18 November, it was reported that Kennedy Osei and his wife, Tracy Osei who became very popular after their extravagant wedding ceremony became the talk of town tagged #KENNCY2020 had welcomed twin daughters.

A close source to the Despite Family confirmed that Tracy Osei has welcomed twin daughters with her husband, Kennedy Osei few months after they tied the knot in a lavish wedding ceremony tagged KENNCY2020.

Kennedy Osei Kofi Asante reacted to the news with a beautiful inspirational quote sighted by Thedistin.com on his Instagram page.

He shared a picture of himself on his official verified Instagram page and wrote “you are not your thoughts, you are the one listening to them. STAY FOCUS STAY POSITIVE #GODFIRST“, click here to see his post

Fadda Dickson like he always does, shared eye-catching pictures of himself and captioned it using a quote from Henry Ford.