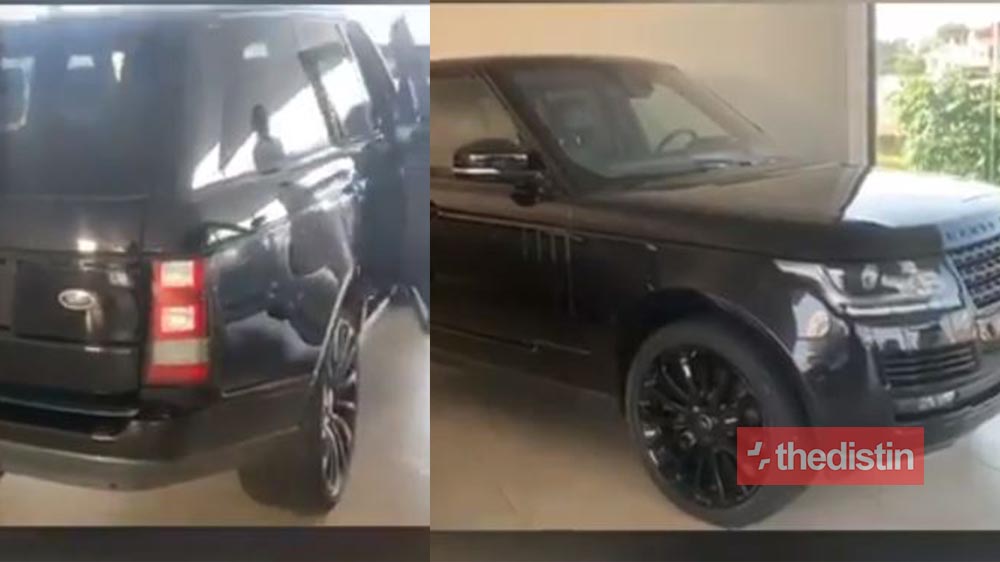 In a new video sighted online by thedistin.com, Fella Makafui decides to flaunt Medikal’s 2020 Range Rover after he arrived back in Ghana.

fellamakafui Congrats on your Range Rover Autobiography my husband .. @amgmedikal ❤️❤️❤️ . AAHH CHAIRMAN YOU SPOIL THERE!!! ..No, be beans !!!

In other news, Medikal, has gifted his wife, Fella Makafui, and his crew with iPhone 12 Pro max, collections of sneakers, and designer clothes.

Rapper Medikal traveled overseas for some weeks and was seen on some business moves as he shared videos and pictures of himself and his friend, Kofi Jamar shooting music videos among many others.

According to Fella Makafui, Medikal left Ghana with only a backpack bag and has surprised her and their crew by arriving back home with more than ten travelling bags.

Thedistin.com had earlier reported when Medikal arrived at Kotota International Airport and was warmly welcomed by his wife, Fella Makafui, his manager, Flow Delly and some of their crew from AMG Business.

Upon the rapper’s arrival in his house at East Legon with more than ten traveling bags, he surprised his crew and his wife with the latest iPhone 12 pro max, some designer clothes, and sneakers. Click here to watch the video