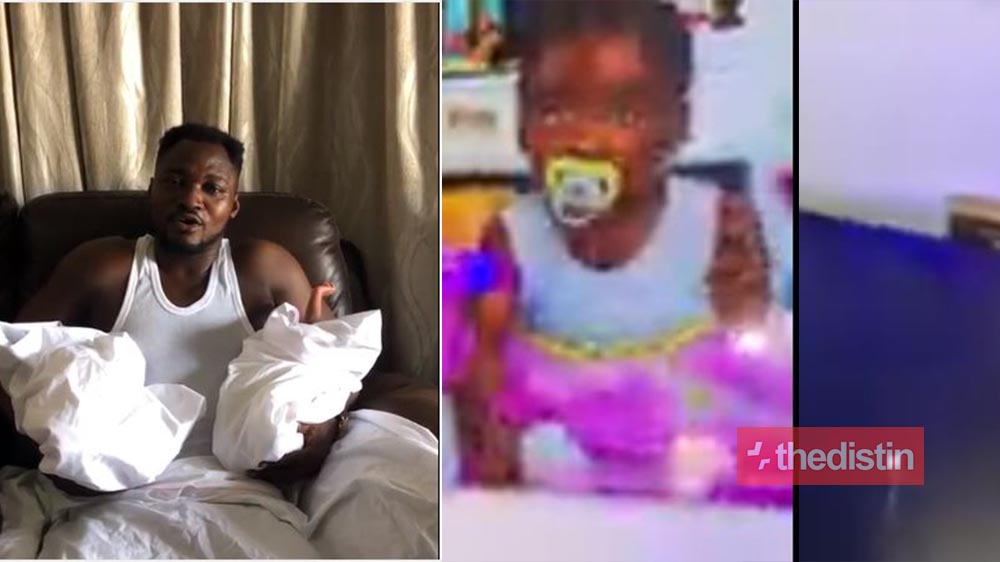 Read Also: Chat Between Funny Face And A Social Media User, Awurade Yesu, Who ‘Attacked’ Him Over Failure To Use His Talent

In a video he shared on social media, Funny Face stated that he has tried all his best to protect his daughter but he can’t continue because he is tired.

According to Funny Face, anytime he sees pictures of his daughters he goes crazy so for his sanity, he has to take their pictures off his wall.

In the video you can also hear him saying anybody who has a problem with him taking off their pictures should come and catch him.

In his own words he said:

Girls, you will one day understand that daddy gave his all. Daddy is protecting you but now my health is deteriorating. The more I see you, girls, the more I go crazy. Your mother has set out to kill me. I am done, I am tired

He said in the video