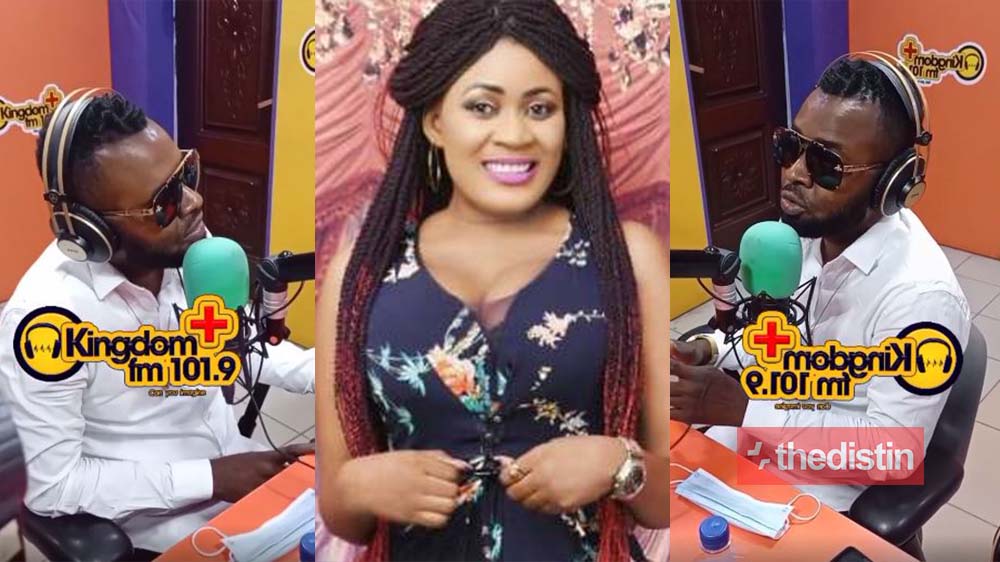 Ghanaian award-winning gospel musician Ernest Opoku finally tells his side of the story, reveals how he met actress Nayas, and talks about their se.x life on Kingdom FM

According to Ernest Opoku, he only had sex with Nayas once and even with that, they were not dating before it happened.

He revealed that he met Nayas through his manager “Ray” a few years back when he was going to London and called his manager to escort him to the airport and when his manager was coming he came along with Nayas and that was the first time they met.

After that day, when he was coming back to Ghana, he called his manager to come and pick him but he couldn’t come so he told Nayas to pick him at the airport making it the second time they met.

Read Also: Funny Face Gives Up On His Twin Daughters Ella & Bella, Takes Off Their Pictures From His Wall (Video)

He then said that on one fateful day he had a program with Rev. Dr. Abbeam, and on his way there his car got broken so Nayas offered to come and drop him off at the church and after the program, they both went to her house at Ashonman Estate were they had se.x that night.

He added that after that night nothing happened between.