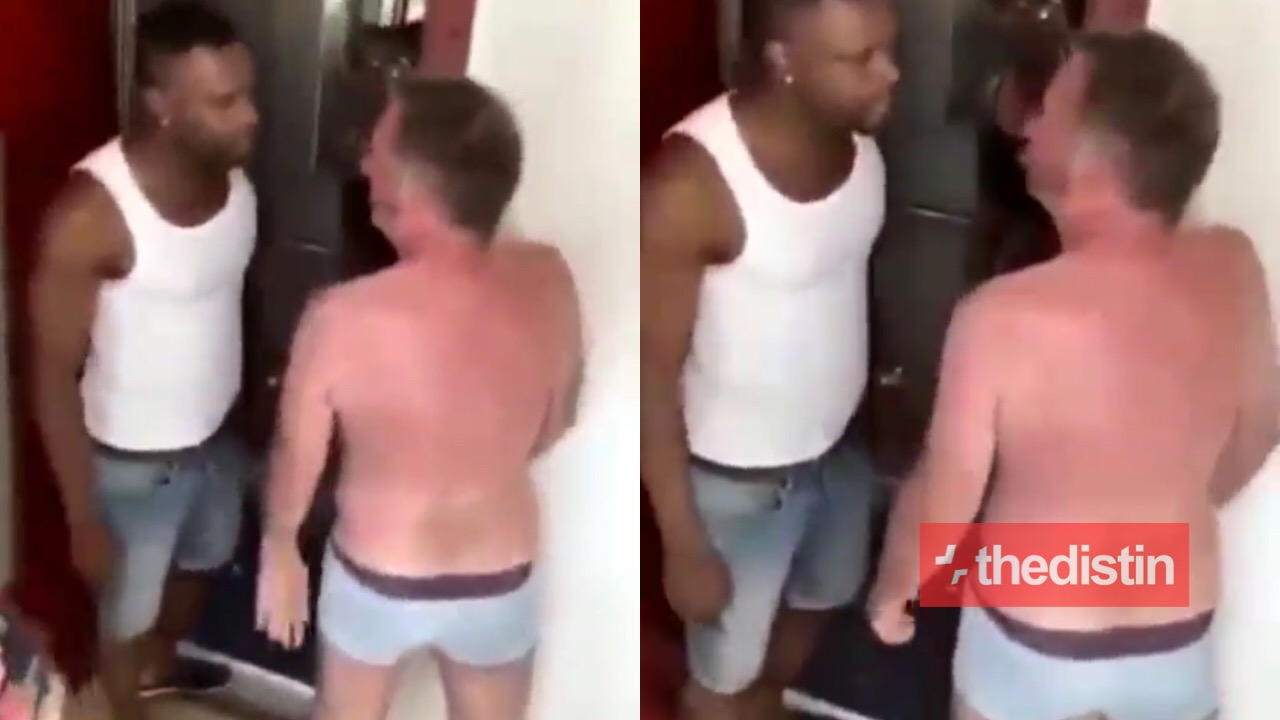 Video goes viral that captures the moment an Italian man was caught sleeping with a Ghanaian guy’s girlfriend.

In the video, the Italian man was seen in his only underwear in a scene which looks like a quarrel that ensued between the Italian and the Ghanaian man.

The Italian spat on the Ghanaian man and he slapped him really harder that landed him on the floor after he lost his firmness and was unable to stand.

The identify of the Ghanaian man nor the Italian or others who were seen in the video is yet to be revealed.