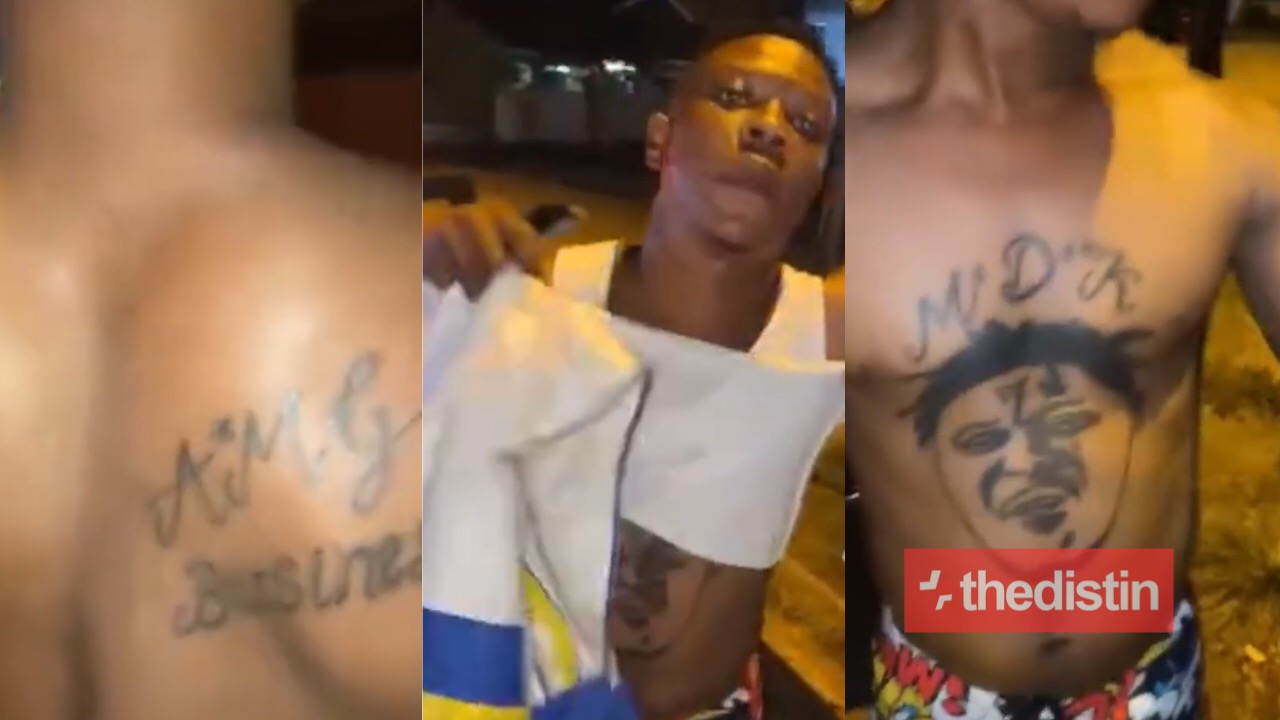 A die-hard fan of rapper, Medikal with drawings of his face on his chest and tattoos of AMG all over his body meets up with the rapper.

In a video available to Thedistin.com, the rapper was heard very excited to have someone like the guy who likes him a lot.

On his left hand, he has Beyond Control written boldly on it, on his stomach, he has a drawing of Medikal’s face and at the back of his head, he has MDK written on it.

Medikal was marveled seeing such die hard fan of his like that.

Read Also: “Love you forever my King. Thank you for everything” – King Promise Celebrates Killbeatz As He Marks His Birthday (Photo)