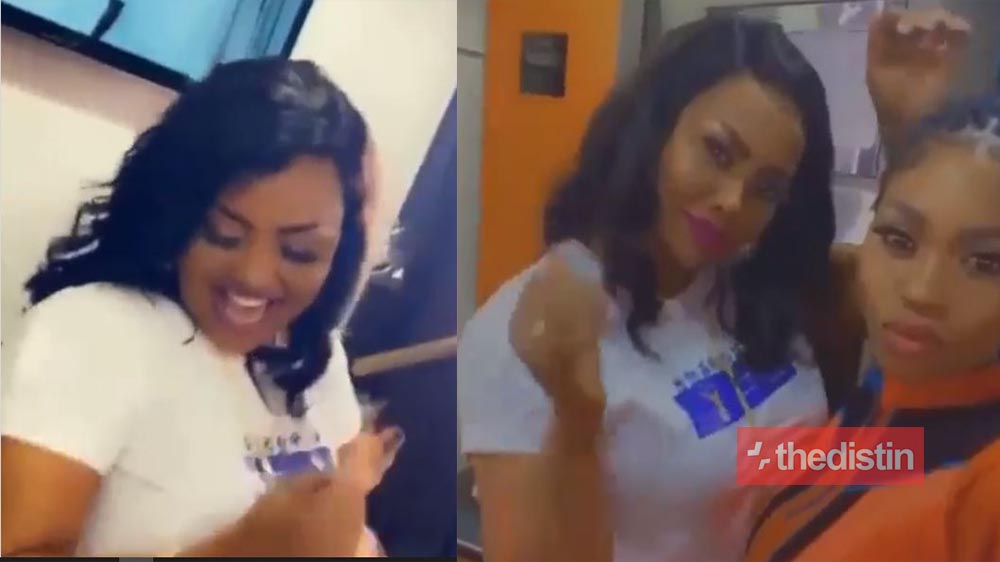 Read Also: Erskine Whyte: Father Of The YFm Presenter Gets Everyone In Tears As He Advises Him On His Traditional Wedding | Video

A new video sighted by thedistin.com online shows how the actress was happily whining and shaking her nyansh as she jams to “Duna”.

In the video Eazzy was also seen chiling with Nana Ama Mcbrown who was obviously enjoying every bit of the song.

Mcbrown also encourage her followers and fans to have fan, dance and feel good about themselves.