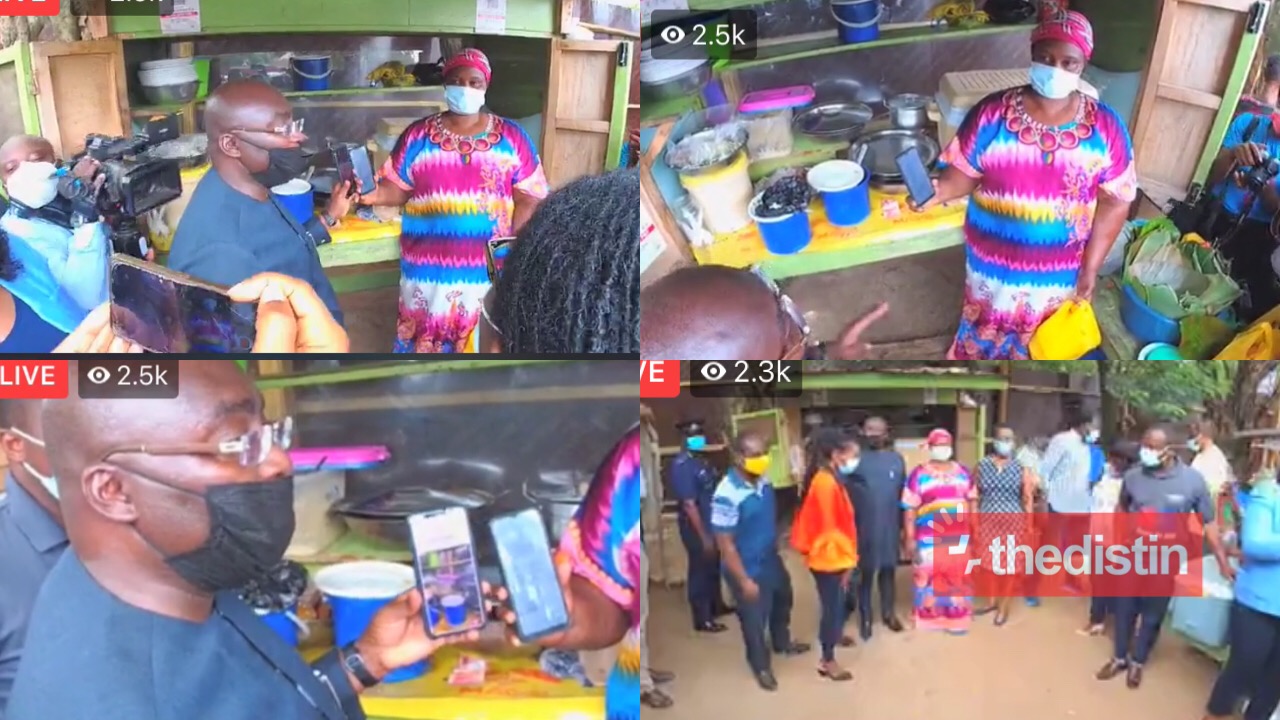 During the launch, Dr. Mahamudu Bawumia noted that “the Universal QR CODE which makes it possible for all merchants, service providers and institutions to receive payments from bank accounts, ezwich accounts, mobile money wallets or internationally issued visa or MasterCards instantly”

To walk his talk and not for it to be seen as a lie to Ghanaians, Dr. Mahamudu Bawumia today, Thursday, 19 November visited a popular Waakye vendor, Aunty Muni and bought from her and paid with the QR Code.

Dr. Mahamudu Bawumia bought Waakye for Ghc60 and paid using the QR Code this morning as he was surrouded by a massive crowd.

Dr. Mahamudu Bawumia could be heard saying it is a safe method of transactions especially among traders that will help save their money from being stolen etc.