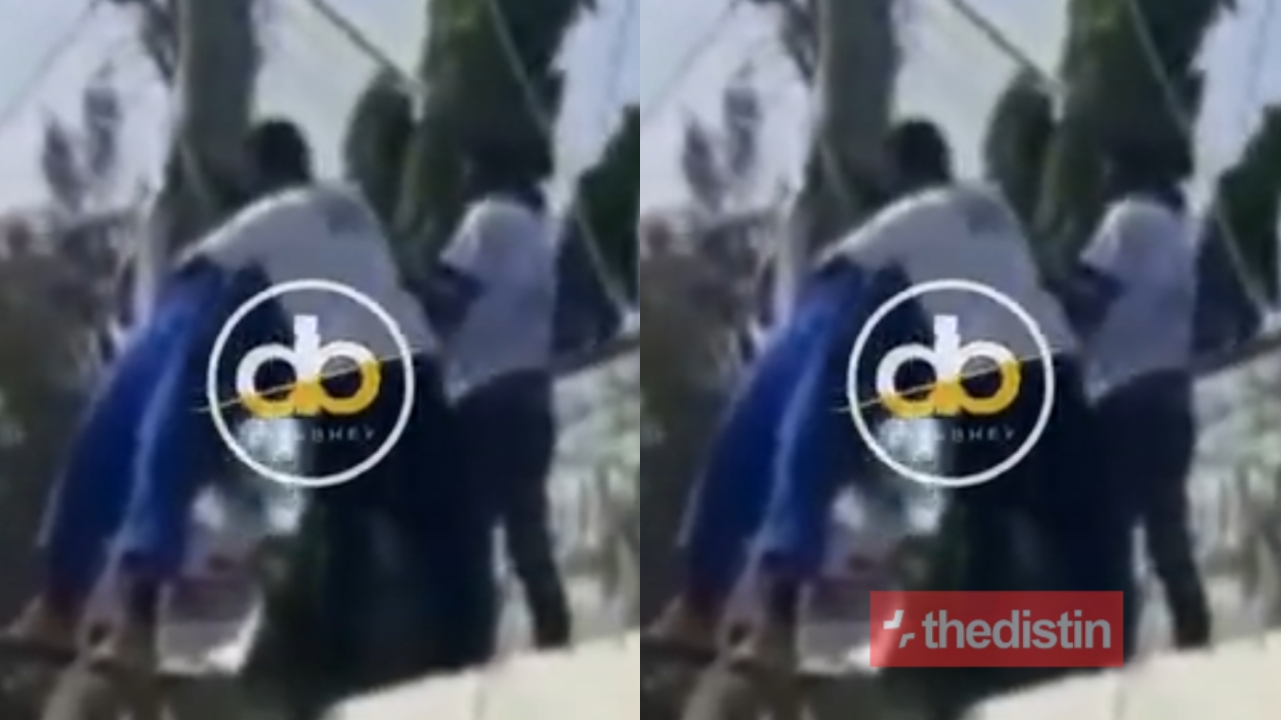 It is an election season and various political parties are posting party paraphernalia all over town.

In the process of posting of party paraphernalia all over town, a young man has unfortunately lost his life.

In a video sighted by thedistin.com, the young man is seen to be fixing the flag of the NPP on an light pole but unfortunately go electrocuted.

The young man could not stand the current from pole and died on the spot.

According to an individual recording the entire happenings, he doesn’t understand why some youths in the country seem to lying down their lifes for political parties while they have done nothing for us.

Meet Emefa: The Lady Who Says She Can Bring Jerry John Rawlings Back To Life