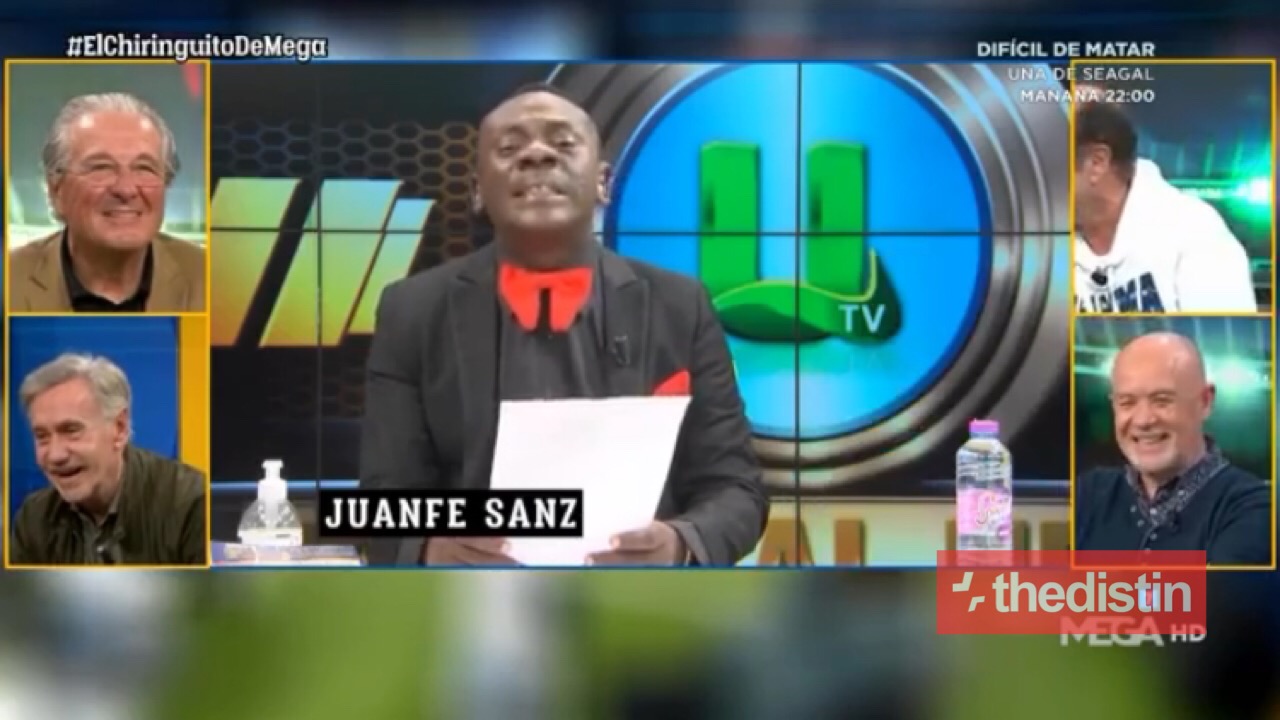 Akrobeto has once again made waves on the international scene with his hilarious “Real news” videos as he makes panelist laugh uncontrollably when was granted an interview on Spain’s popular tv program.

Recently, one of his videos for his comic news presentation show on UTV, Real News, was been featured on the Twitter page of Chelsea Captain César Azpilicueta.

In his first international recognition, Akrobeto was seen in the video struggling to pronounce the name of the footballer properly but he couldn’t.

The video was first posted by a verified Twitter account, @Falcons, which was obviously making fun of Akrobeto’s struggle to mention the name.

The post caught the attention of Azpilicueta after it was shared and he retweeted and shared an old post in which he teaches how to pronounce his name, click here to watch the video.

A new video has been sighted by Thedistin.com on Utv Ghana that captures the moment actor Akrobeto with the same video of him struggling to mention some football clubs name makes him to grant an international on Spain’s El Chiringuito de Jugones TV program).