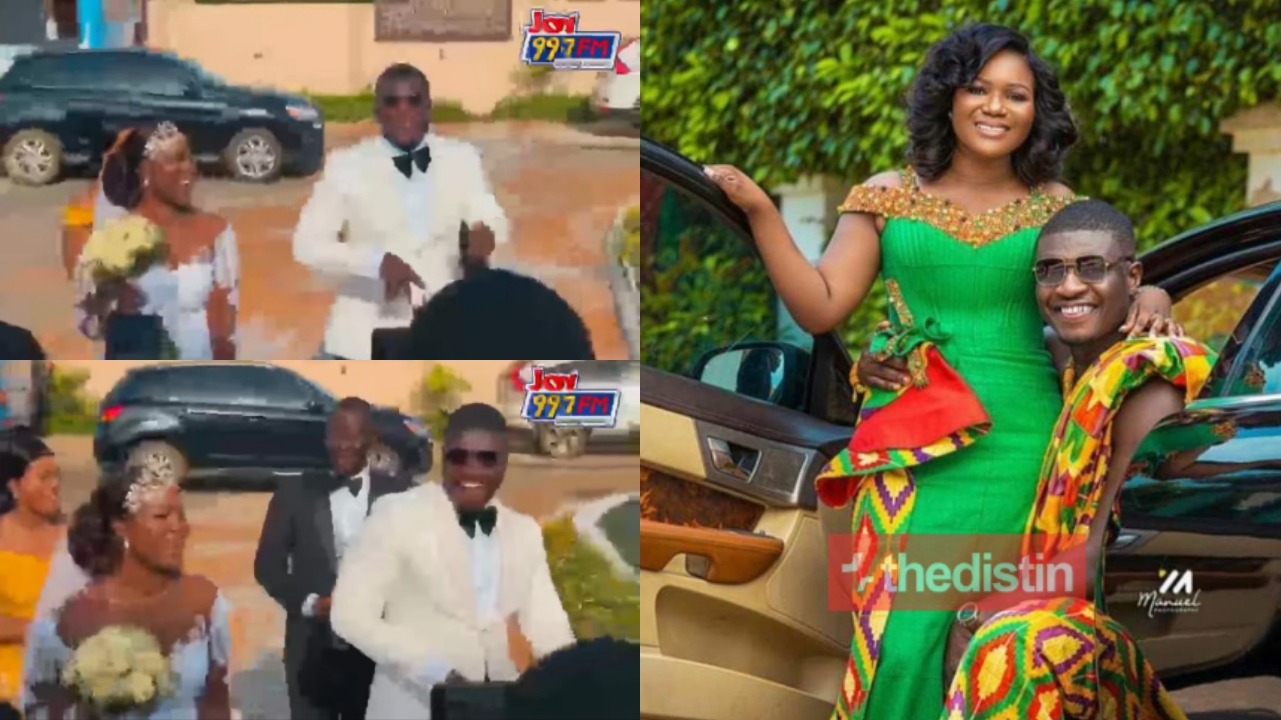 According to story posted on our platform earlier, Lexis Bill did his traditional wedding quietly yesterday without a lot of people knowing.

The wedding activities continued today with a white wedding.

Lexis Bill and his wife Esther after exchanging vows and doing all white wedding necessary stuff decided to hit the Dancefloor to show their dancing skills.

In the video available to thedistin.com, the couple are seen dancing to “Meda akpe na mawu”; a local highlife song mostly sung during church activities.