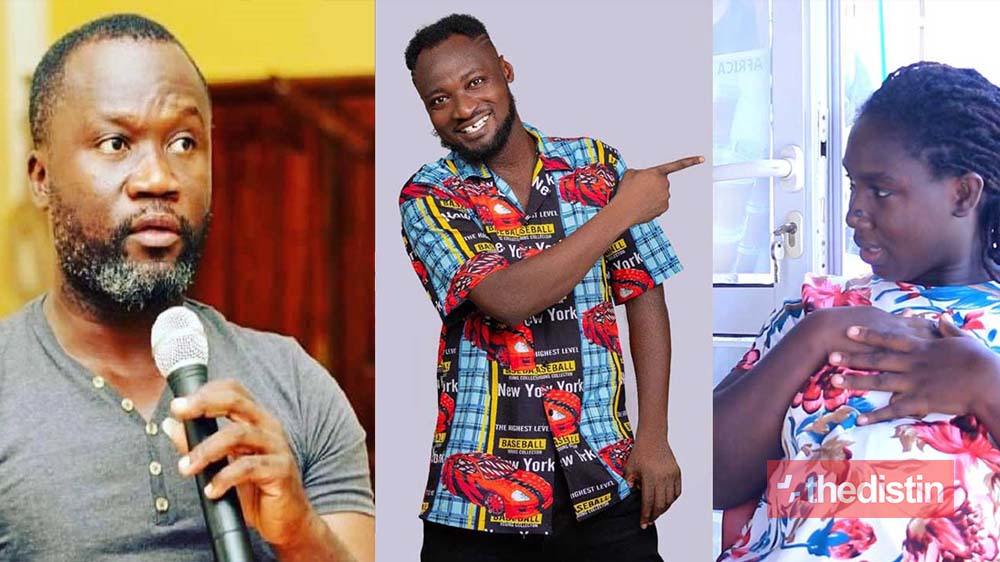 Neat FM Presenter, Ola Michael has replied to comic actor Funny Face after he said that he will slap him, Ola Michael, when he meets him.

This whole issue began after Ola Michael on his entertainment show on Neat FM discussed the issues occurring between Funny Face and his baby mama Vanessa.

Read Also: ‘You Impregnated My Cousin And Refused To Take Care Of The Child’ – Netizen Exposes Ola Michael To Funny Face

According to Ola Michael, Funny Face’s side of the story is pleasant to him and in his honest submission, he said Funny Face seems to be lying to Ghanaians.

Read Also: ‘I’ll Slap You If I See You’ – Funny Face Responds To Ola Michael For Calling Him A Liar Over His Fracas With His Baby Mama | Video

Well, in reacting to Ola Michael statement Funny Face in a video shared on his Instagram page said;

Ola Michael in a new post on his Instagram page has replied Funny Face again. According to him, Funny Face needs serious prayers.

He further asked his followers to also prayer his baby mama, Vanessa.

He shared a video of Funny Face on his page with the caption;

If you say a prayer, say one for this brother. He needs it. But don’t forget his babies mum in prayers too. Cheers