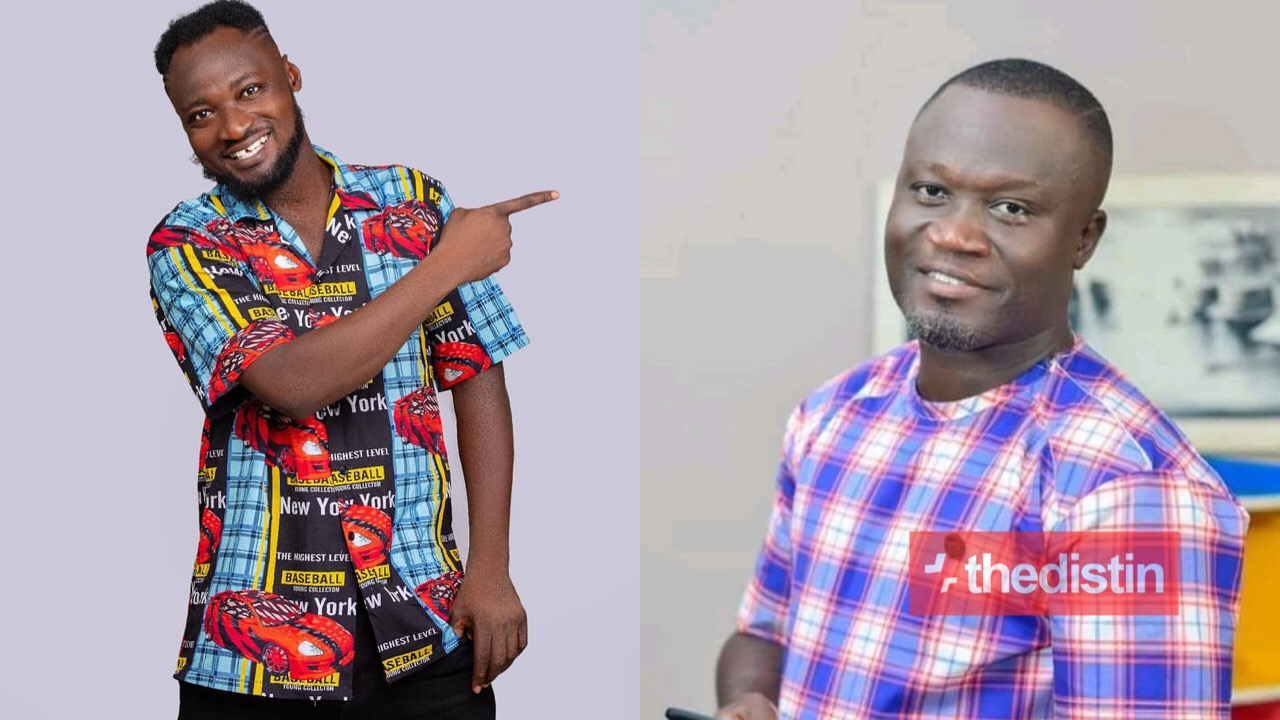 Funny Face sends his anger on Neat Fm presenter, Ola Michael for discussing his issue with his baby mama on air and tagging him as a lair.

Ola Michael as an entertainment presenter on Neat Fm channeled his discussion on Funny Face and his baby mama, Ama Vanessa’s drama.

According to Ola Michael, Funny Face’s side of the story is pleasant to him and in in his honest submission, he said Funny Face seems to be lying to Ghanaians.

Ola Michael stated that Funny Face is a liar, having told Ghanaians that his baby mama is disgusting, and he’s done with her meanwhile he slept with her again and impregnated her.

Ola added that he feels the ‘Children’s President’ has a mental disorder which he needs to cure before it gets out of hand.

Well, Funny Face has probably seen the videos and he has replied accordingly.

In a new video, he said: “Ola Micheal, Kwasiaa… I feel ashamed when I see you working at the radio station. I’ll slap you. Dirty, stupid, stinking a** ni**r, walk with body guards because when I see you, I’ll slap you and blame it on depression”.

GYE NYAME “ ✊🔥 .. first man to fight live on social media to save his soul and spirit from killing him .. Everybody go take his or her own .. once doctor Amaniapong recommends ur name for me and u are part of the people dat is causing me to kill my self ? I will come hard at u … and will fulling my promise by slapping you any where I see u . Ola micheals be watching ur back when u walk .. I will slap u and record it den post it on social media for all to see .. so doctor amaniapong also sees it .. odwan 🤣 stillllllllllll “ ONE MAN THOUSAND “