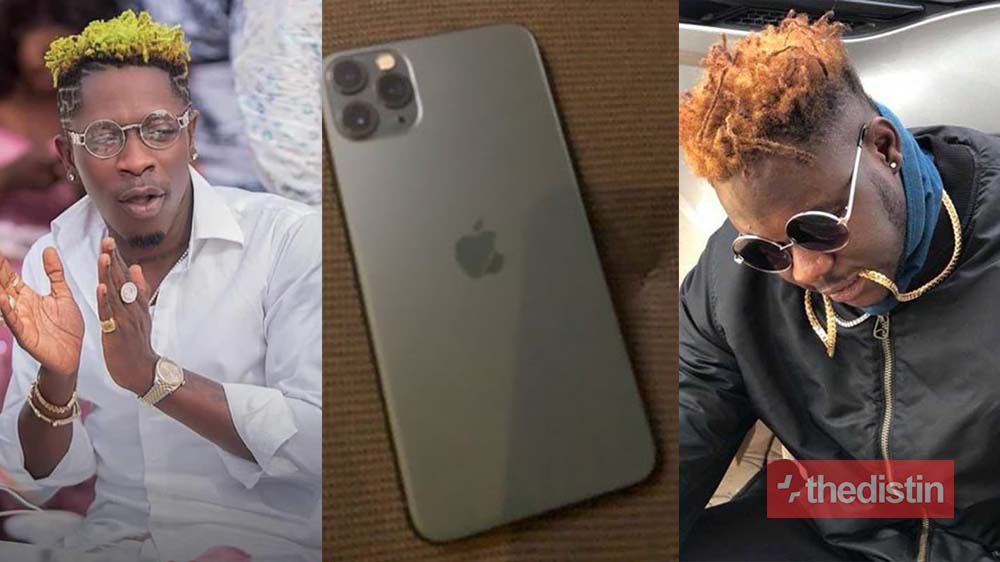 Medikal who left the country with just a backpack arrived with more than 6 suitcases filled with items.

The rapper upon his arrival received a police escort back to his residence and also bought himself a brand new Range Rover Vogue.

Well, Medikal seems to be in the giving mood as he has gifted his godfather Shatta Wale a brand iPhone 12 after he arrived.

In the video sighted by thedistin.com, Medikal is seen in the residence of Shatta Wale arriving with his new Range Rover.

Shatta Wale showed his appreciation to Medikal for giving such a beautiful gift.