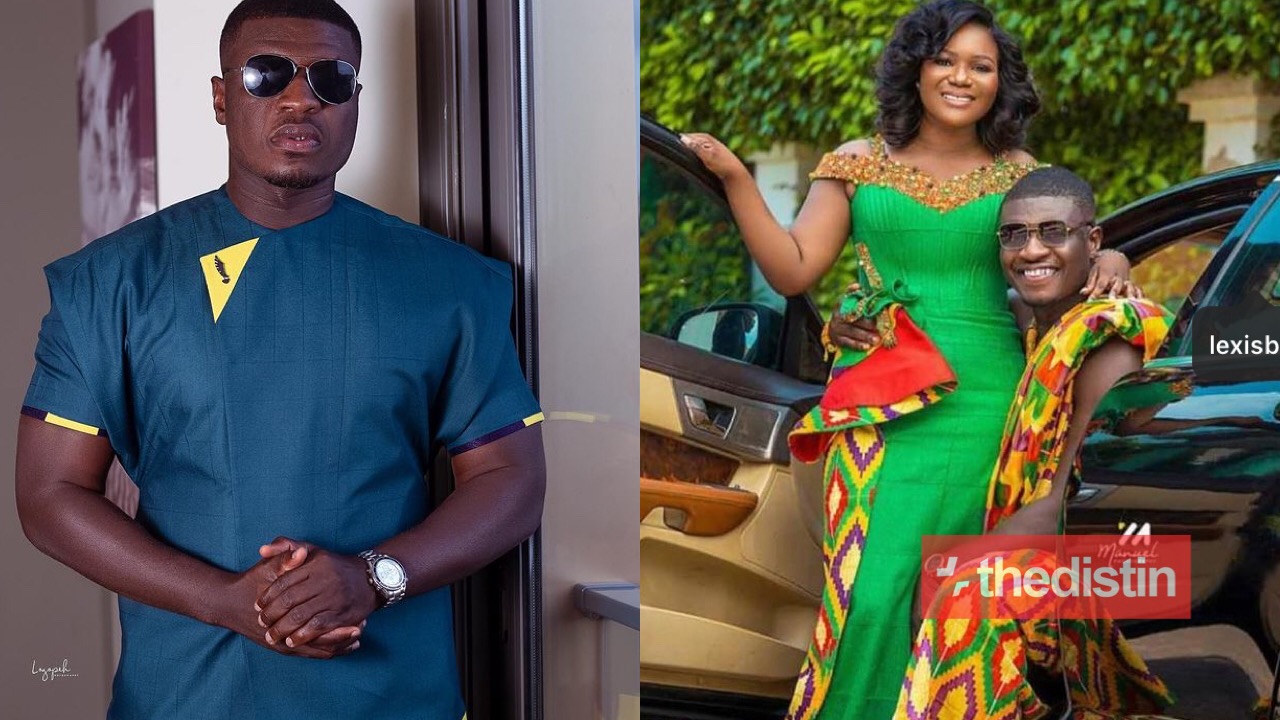 Lexis Bill, Ghanaian media personality tied the knot with his long time girlfriend who has been identified as Esther Esime Siale on Thursday, 19 November.

The JOY FM drive-time show host Lexis Bill is reported to have held his traditional wedding in a secret location somewhere in Accra as he prepares to hold his private white wedding today.

The source also revealed to us that, though the event is a private one, the venue would be at the Unique Floral Avenue in East Legon.

From sources, Lexis Bill’s wife bears the full name Esther Esime Siale and she happens to be an analyst at the Ghana Reinsurance Company.

A photo from the private traditional wedding ceremony of Lexis Bill has been sighted online by Thedistin,com.

In the picture, the media personality and his wife were cladded in an authentic Kente outfit as they beam at each other.