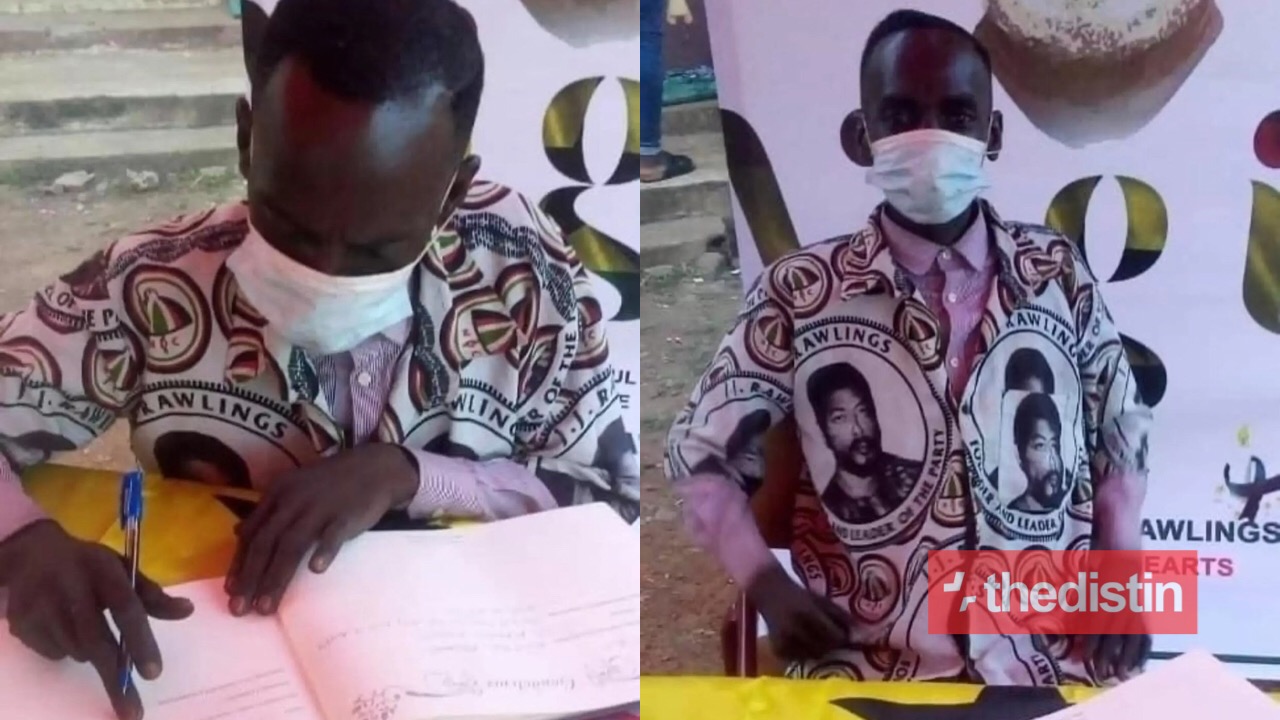 In photos shared on the official Instagram handle of GH One TV, the disappointed assembly member candidate for ‘Adukrom Nima electoral area’ could be seen well dressed in a ‘JJ Rawlings’ customised clothe.

His nose mask was in place as he penned down his condolences to the former head of state.

The book of condolence is a book in which people may record their condolences after a death or great tragedy. When closed, the books are given to the relatives of the deceased or archived.