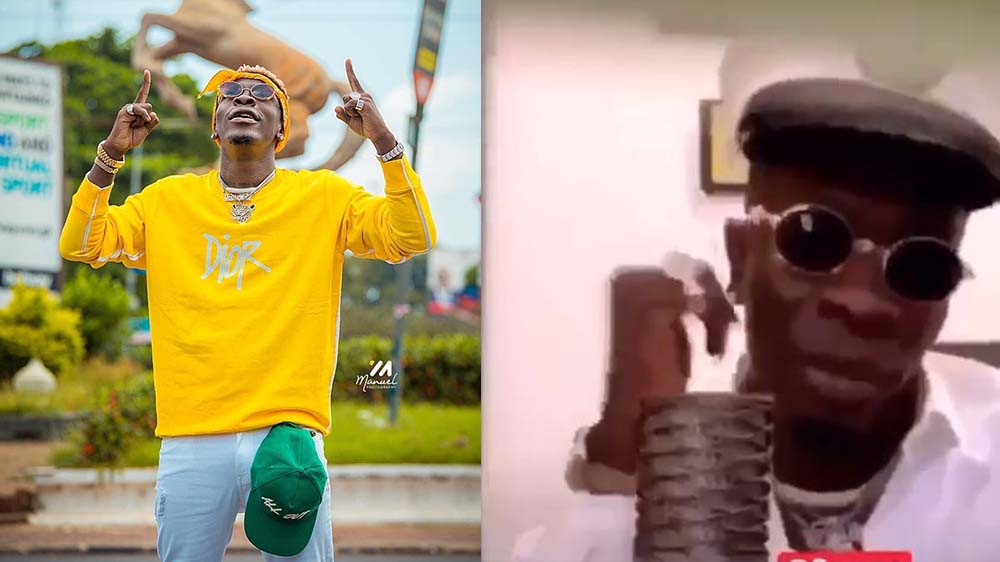 In a new fast trending video sighted online by thedistin.com, the “Melissa” hitmaker was seen handsomely dressed as a pilot in his comedy skit as he talks about relationships.

In the video, Shatta Wale is heard asking both male and females why they are dating two guys or girls instead of being with one.

Now, this got a lot of top celebrities like actors, Tiktokers and musicians to laugh non stop due to the fact that even how wale was saying it was funny.