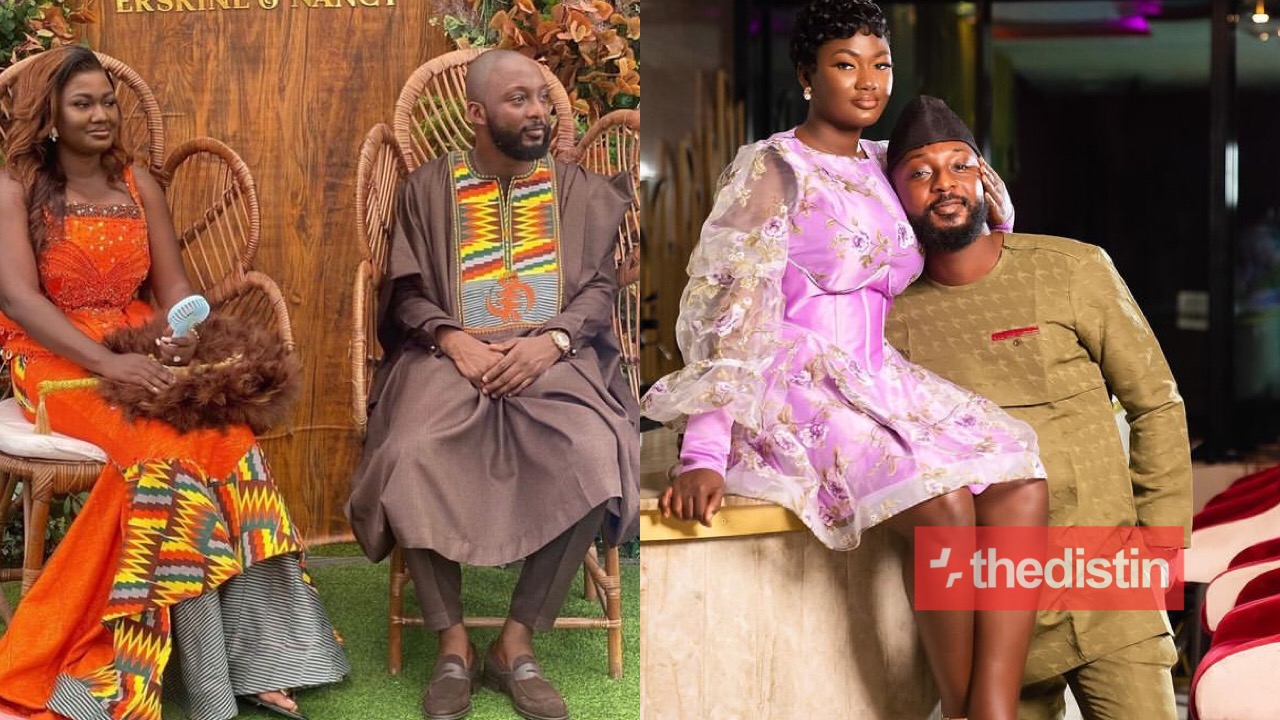 Thedistin.com had earlier reported with videos from the ceremony that shows Erskine Whyte dressed handsomely in wine colored outfit as he dances with his groomsmen to the house of the lady, click here to watch video.

The Traditional wedding ceremony took place in coded location with friends and family present to grace the ceremony.

From the lavish ceremony, a video captured the moment the father of the groom was giving a word of advise to the couple.

In his message to the couple, he noted that in every situation they found themselves, they shouldn’t forget their root and their beginning, click here to watch the emotional advise that Erskine’s father gave him that almost had everyone crying.

Again, a lot of a lot of information about Erskine Amo Whyte’s wedded wife, Nancy Warlson was revealed which included the school she attended, the businesses she owns and more, click here to see more about Nancy Warlson.

Erskien Amo Whyte has spoken and has announced to the world and ladies who are wild that he is out of the market.

Erskine shared a picture of himself and his wife at their traditional wedding ceremony and officially called himself a husband with the caption: